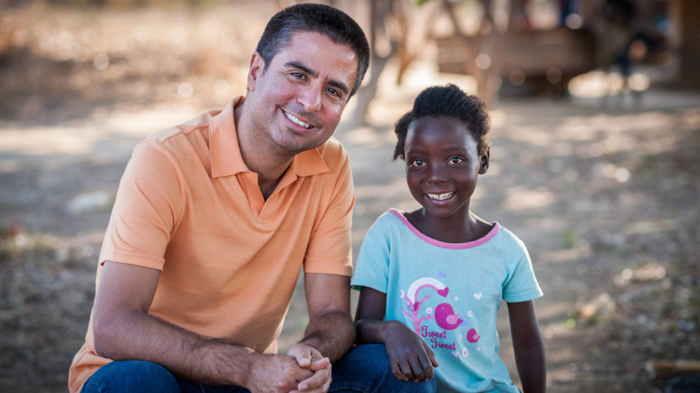 One of World Vision US’s senior leaders, Edgar Sandoval, has been named its next president and CEO.

Sandoval, who was born in Los Angeles but grew up surrounded by poverty in Guatemala and Venezuela, called his appointment “an improbable miracle of God,” having moved back to the US alone at 18 with $50, learned English, and built a career as a top executive.

Sandoval replaces outgoing president Richard Stearns, who led the organization—with $1 billion in revenue, one of America’s largest Christian charities—since 1998. Stearns announced in January that he planned to retire at the end of the year.

During Stearns’s time as CEO, World Vision’s annual revenue grew to more than $1 billion, and the ministry reports that it is on track to serve more than 30 million children by 2022. During his tenure, World Vision has responded to global poverty, human trafficking, the refugee crisis, water sanitation, famine, and dozens of natural disasters.

The incoming president of the US branch attributes his success, in part, to the affirmations and opportunities he received growing up. Sandoval said his upbringing has shown him the significance of such involvement and inspired him to work to reach needy children through World Vision’s projects and partners around the globe.

“This is exactly where I need to be,” Sandoval said after joining World Vision as COO. “The work that we’re doing here at World Vision is life-changing work. It impacts millions of children around the world. I think it’s a privilege and I get immense satisfaction from coming to work.”

Sandoval will step into his new role in October.

Stearns called his successor “a collaborative and decisive leader who brings a fresh perspective and a disciplined approach to the challenges and opportunities we face.”

Prior to his work with the major Christian aid organization, Sandoval launched Procter & Gamble’s viral #LikeAGirl campaign while its vice president of global feminine care.

Sandoval and wife Leiza serve as marriage coaches and Bible study leaders at their church. Years ago, he recommitted himself to Christ at a Promise Keepers event where he heard the song “Here I Am to Worship.”

“My wife and I felt strongly called to serve at World Vision. When I joined, I didn’t know what the Lord had in store for me, only that it was where I was meant to go,” Sandoval said.

“God has blessed my family greatly through World Vision. We have collectively grown closer together, and each of us has grown closer to Jesus in ways we could not have imagined. It has been our complete honor to serve the Lord in this way.”

Sandoval’s hire adds to an influx of diverse leadership at major evangelical nonprofits; Compassion International and InterVarsity Christian Fellowship have also appointed Latino and Asian American presidents over the past five years.