Wheaton College-based institute studied how and why both white and non-white believers voted in 2016.
Jeremy Weber|October 18, 2018 04:52 PM 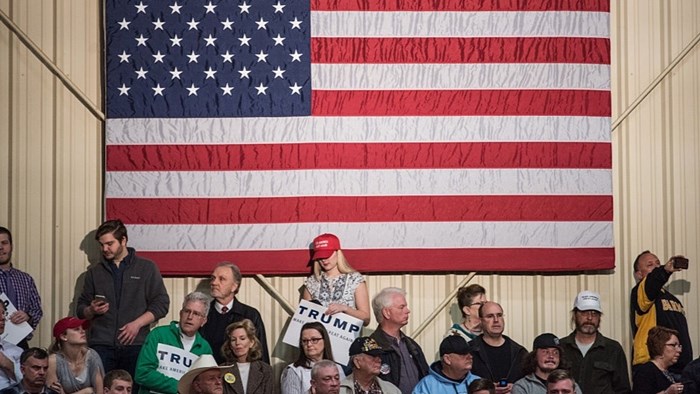 The main takeway of the 2016 election for American evangelicals: they “feel committed to engaging the political process even when the candidates are far from ideal.”

So concludes the Billy Graham Center Institute at Wheaton College from its new survey, released in CT’s November issue, examining the oft-repeated statistic that 81 percent of white evangelicals voted for Trump in 2016.

The institute commissioned LifeWay Research to survey 3,000 Americans—including more than 1,000 with evangelical beliefs—in order to better understand how both white and non-white evangelicals made their choice in 2016. (While most surveys only focus on white and self-identified evangelicals, today 1 in 3 is a person of color and 1 in 3 is a Democrat.)

Researchers found that among all American evangelicals by belief (as defined by the research protocol of the National Association of Evangelicals):

The survey found that “only half of evangelical voters characterized their vote as voting for their specific candidate” in 2016, leading researchers to conclude that US evangelicals are “more issue-oriented than candidate-focused.”

“I see no reason that focus on issues won’t be repeated next month,” stated Ed Stetzer, executive director of the Billy Graham Center Institute at Wheaton College [and a CT contributing editor and blogger], in a press release.

“In 2016, many evangelicals chose to look past a candidate as an individual to vote for a specific issue, platform, or party a candidate represented, seeing the candidates more like objects of representation than as individuals whose values and ideals fit theirs,” he stated.

1. Issues matter more than character. Two-thirds of evangelicals (67%) by belief agree that “Christians can benefit from a political leader even if that leader’s personal life does not line up with Christian teaching.”

2. The issue of abortion appears to matter more than party. Although abortion was not the most important reason for evangelicals’ votes, three-quarters of evangelicals (75%) who are pro-life expressed a willingness to vote for a candidate who was truly pro-life, regardless of political party. Only half (54%) of non-evangelicals would cross party lines to vote pro-life.

3. Many evangelicals are reluctant to criticize their leaders when they disagree. Amongevangelicals by belief, 43 percent agreed with the statement: “When a political leader is making important decisions I support, I should also support the leader when they say or do things I disagree with.” While 48 percent disagreed, this still represents a significant percentage in comparison to only 27 percent of non-evangelicals who agreed.

“This data may seem disconcerting to many,” stated Stetzer in the press release. “However, what we do see is that some evangelicals are seeking to stay engaged in politics even when they have substantial concerns about the individuals involved.

“People vote for complex reasons, and quick sound bites—like the “81% of evangelicals voted for President Trump” number—miss the nuance and reasons of how people voted,” he stated. “For many evangelicals, it appears it has been difficult to find a candidate they can fully endorse and they are left choosing what they see as the best fit among the choices they have.”

The institute’s analysis of the survey is ongoing, and CT will update this post as more details are released.

Below is one of CT’s initial examinations of the institute’s findings, based on Stetzer’s personal analysis from CT’s November 2018 issue.