Ahead of the midterms, the Billy Graham Center Institute examined the most infamous statistic about faith and the 2016 election.
Ed Stetzer and Andrew MacDonald|October 18, 2018
Image: BasSlabbers / Getty
Exit polls focused on only white evangelicals. But 1 in 3 US evangelicals today is a person of color.

Over the past two years, few statistics have sparked as much debate both inside and outside evangelicalism as the fact that 81 percent of white evangelical voters picked Donald Trump in the 2016 election. Depending on your views, it’s either a sign of solidarity or one of compromise—a number wrought with opinions and commentary to the point where fact and fiction are blurred.

The statistic has often been used in the media and in academia to represent the idea that all evangelical Trump voters were “all in” for everything that encompasses Trumpism. As Americans (both evangelical and non-evangelical) tried to understand one of the most polarizing and surprising elections in our country’s history, the 81 percent became the go-to narrative for many. It fit longstanding criticisms that evangelicalism had become over-politicized, under-discipled, and hijacked by some of its most belligerent elements.

In the run-up to the 2018 midterm elections, the Billy Graham Center Institute at Wheaton College worked with LifeWay Research to better understand the 81 percent and evangelicals’ political engagement. We polled 3,000 Americans in three categories: those who self-identify as evangelicals, those with evangelical beliefs, and those who neither see themselves as evangelicals nor hold certain core evangelical theological views (such as a belief in salvation through Jesus Christ alone).

Among other insights, the data reveal six key facts about the 81 percent statistic that are worth highlighting. [The institute and CT will feature more analysis in the coming weeks.]

The 81 percent fails to differentiate the motivations behind voting.

In every election, people can vote with varying levels of enthusiasm and ... 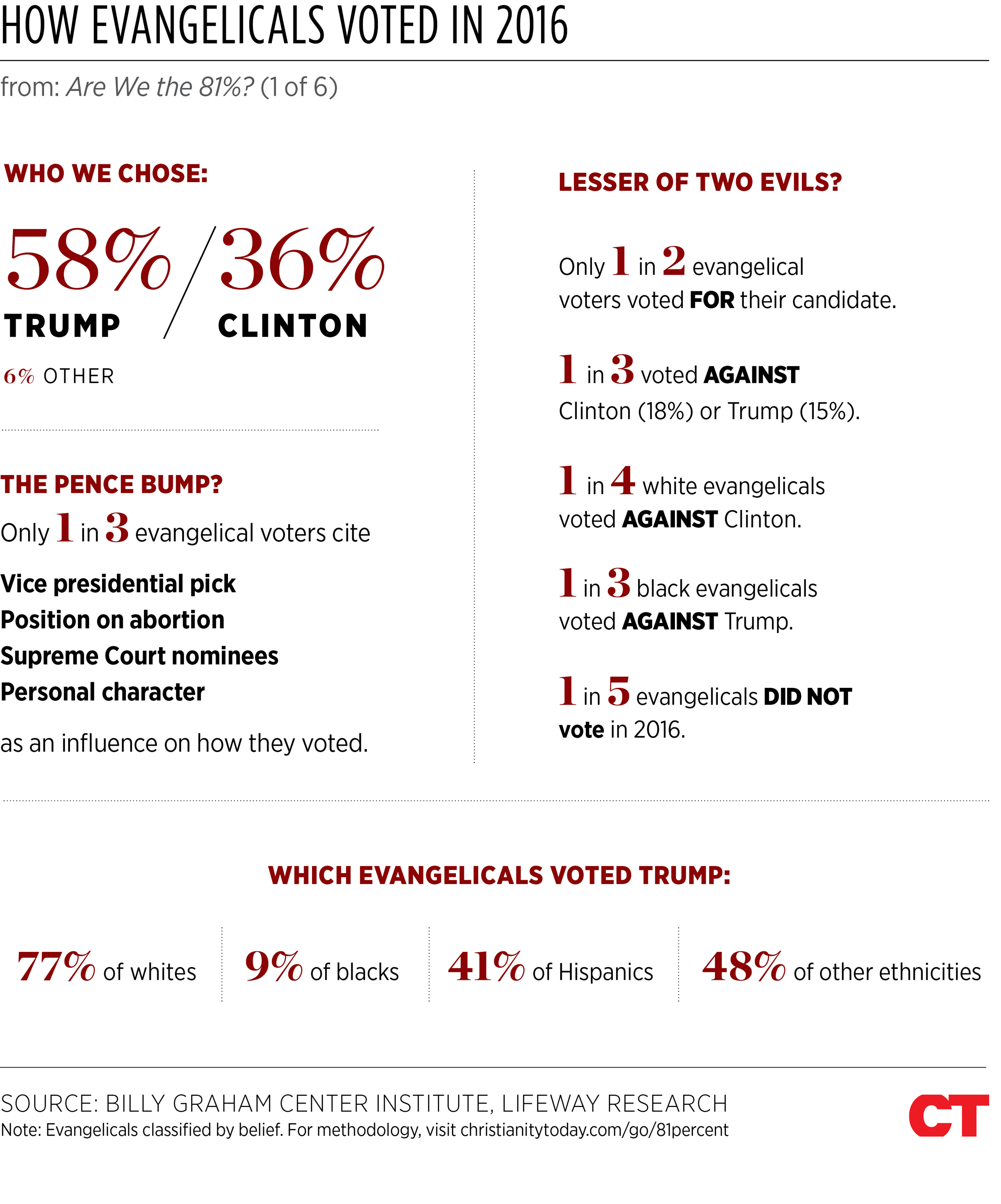