Still No Churches in Saudi Arabia, But Small Steps Toward Religious Freedom

US envoy celebrates “unprecedented” progress under the promise of more moderate Muslim rule.
Kate Shellnutt|October 5, 2018 08:00 AM 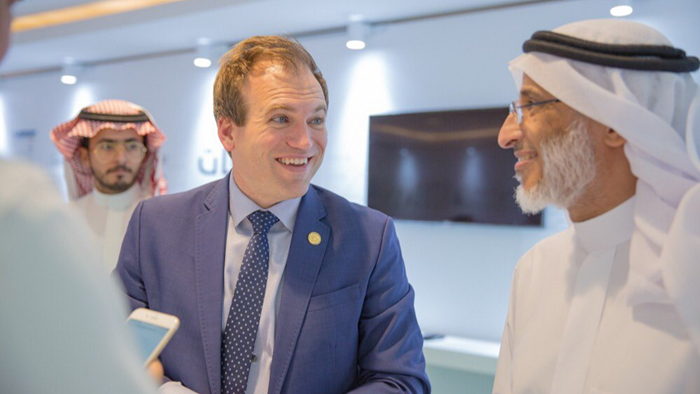 Saudi Arabia has made unprecedented strides toward religious tolerance just a year after its young new ruler pledged to bring more moderate Islam to the Sunni kingdom.

After a visit to the capital city of Riyadh last week, US officials reported the country has reformed its religious police—once tasked with enforcing shari’ah law on the streets and in homes—and has instituted new government programs to quash extremism.

“I was surprised by the pace of change in the country. It reminded me of the verse at the end of Book of Job which says, ‘My ears had heard ... but now my eyes have seen,’” said US Commission on International Religious Freedom (USCIRF) commissioner Johnnie Moore, who has also served as an unofficial liaison between evangelical leaders and the Trump White House.

“It was the first time I have ever thought to myself, Wow, we could actually see religious freedom in Saudi. This is possible.”

Moore represents the highest-profile evangelical leader to meet with the Saudi government since 33-year-old Crown Prince Mohammed bin Salman announced plans last October to return the restrictive Muslim country to “what we were before: a country of moderate Islam that is open to all religions and to the world.” The USCIRF official formerly worked with Mark Burnett and Roma Downey’s campaign to aid persecuted Christians in the Middle East.

Fewer than 5 percent of the 32 million people living in Saudi Arabia are Christians, according to Pew Research, and the kingdom ranks No. 12 among countries where it is hardest to follow Jesus, according to Open Doors. Likewise the State Department, at USCIRF’s recommendation, has designated Saudi Arabia a “country of particular concern” since 2004 due to its egregious religious freedom violations.

The government still does not sanction churches or any form public worship by non-Muslims, but progress is being made toward allowing private worship and protecting the rights of minority faiths.

“It should not be lost on us that the Crown Prince has—in the last six months alone—met with the Archbishop of Canterbury, the Maronite Patriarch, and met with the Coptic Pope in Cairo and that meeting took place in front of wall-sized piece of art honoring Jesus,” Moore told CT.

“There was also a very prominent visit by the recently deceased Cardinal Tauran [a Vatican diplomat] where he signed a joint agreement to promote peaceful coexistence with the General Secretary of the World Muslim League, Dr. al-Issa.”

During their visit, Moore and fellow USCIRF commissioner Nadine Maenza met with leaders across the government, including the Commission for the Promotion of Virtue and the Prevention of Vice, which promotes Islamic moral code.

According to Moore, the commission—once the greatest barrier to private worship—no longer has authority to go into people’s homes or to make arrests. He said Christians in Saudi Arabia have already felt the effects of the reform under bin Salman and support the changes.

Additionally, the USCIRF delegation met with the government ministries tasked with cracking down on religious extremism by establishing educational programs and monitoring teaching in mosques. Under a Muslim constitution, Saudi Arabia continues to have laws against apostasy and conversion, though there a signs they may be becoming less strict in their implementation.

The changes now coming to Saudi Arabia have been anticipated for over a year. “The days of a religious monopoly in Saudi Arabia are over,” Daoud Kuttab, a Christian Palestinian journalist, told CT last fall, noting mixed motivations—social and economic—for the changes. “No more pushing Islam down every citizen’s throat.”

Some of the reforms are obvious already. “I saw women driving, some guardianship rules being rolled back, and women and men increasingly mixing in public venues, including at a Cirque du Soleil concert in Riyadh,” Commissioner Maenza said in a press release.

“The question we continue to assess is whether this opening is extending to other parts of the country and the degree to which these reforms are impacting freedom of religion or belief in a country that still—for instance—officially bans public worship unless it is the state-sanctioned practice of Islam.”

Moore, for one, is hopeful. He wrote to CT days after the trip:

I am optimistic for a Saudi Arabia where Muslims, Christians and others can freely and openly worship, living as neighbors, their children as friends with no fear of one another and, in fact, great joy from knowing one another.

I’m praying for a day when I can travel to Saudi Arabia to proudly and publicly celebrate Christmas or Easter on a peninsula whose Islamic faith and culture owes, by its own admission, a great debt to “people of the book,” which preceded it.

For the first time in my life, and in my advocacy for religious freedom, I believe this could be possible and maybe even sooner than we expect. I am also realistic about the challenges involved, but—so far—I do believe they are sincere in their ambitions to moderate and modernize.

Over the summer, USCIRF commissioners also spoke out on behalf of religious minorities in Pakistan, including Ahmadi Muslims and Christians, pledging to prioritize religious freedom and promote peace in that region as well.

Still No Churches in Saudi Arabia, But Small Steps Toward Religious Freedom

Still No Churches in Saudi Arabia, But Small Steps ...