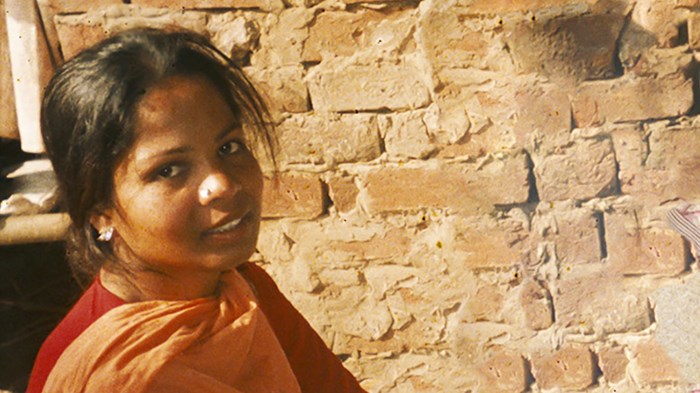 Today the Supreme Court of Pakistan upheld its decision to acquit Asia Bibi.

In one of the most high-profile Christian persecution cases in the past decade, Bibi spent eight years in prison convicted of blasphemy against the Prophet Muhammad—which is a crime punishable by death in the Islamic Republic—until the Supreme Court rejected her conviction last October.

The acquittal stated that while “blasphemy is a serious offense,” truth tainted with “falsehood” could not be the basis for her conviction in a lower trial court. A review petition was filed the next day by the local cleric who levied the allegations against Bibi in the first place, Muhammad Salaam, demanding the three judges look at the case again and challenging Bibi’s freedom.

“Based on merit, this petition is dismissed,” stated Chief Justice Asif Saeed Khosa, who heard the case in Islamabad today along with Justice Qazi Faez Isa and Justice Mazhar Alam Khan Miankhel.

Akmal Bhatti, a Christian lawyer and chairman of Minorities Alliance Pakistan, attended the hearing and told CT that the judges observed that Salaam’s lawyer, Ghulam Ikram, failed to present any new facts or identify any mistake in the earlier decision in Bibi’s favor.

Ikram “made it a case of religious sentiment, while the judges required their counsel present any legal lacuna in the judgment,” said Bhatti.

“The verdict was given on the basis of testimonies,” the chief justice asked Ikram. “Does Islam say that one should be punished even if they are found not guilty?”

The lawyer admitted that “burden of proof” was on the petitioner, so Khosa asked if he disagreed with the basic legal rule of jurisprudence.

In their acquittal, the judges ruled that the Muslim cleric accusing Bibi of blasphemy had not witnessed the incident himself. Instead, Salaam based his legal complaint on the testimony of two sisters, and all gave “inconsistent statements” that “cast a shadow of doubt” on the prosecution’s version of the facts. The alleged blasphemy occured during a dispute between Bibi and the women she worked alongside while picking fruit in their village.

The judges also noted that the “alleged extra-judicial confession was not voluntary but rather resulted out of coercion and undue pressure.”

“Blasphemy is a serious offense,” wrote Khosa in the October acquittal, “but the insult of the appellant’s religion and religious sensibilities by the complainant party and then mixing truth with falsehood in the name of the Holy Prophet Muhammad (Peace Be Upon Him) was also not short of being blasphemous.

“It is ironical that in the Arabic language the appellant’s name Asia means ‘sinful’ but in the circumstances of the present case she appears to be a person, in the words of Shakespeare’s King Leare [sic], ‘more sinned against than sinning.’”

The ruling also cited a supposed seventh-century covenant that Islam’s founder made with Christians. CT reported whether experts think such ancient treatises could be a basis for modern peace between Muslims and Christians, as well as whether Christians should quote Muhammad more to improve the religious freedom of fellow believers in Muslim-majority settings.

The case was particularly contentious in Pakistan, among the worst-ranked countries in the world for Christian persecution. Islam is the state religion, and Christians make up less than 2 percent of the population.

During Tuesday’s hearing, the nation’s capital had tight security and was on high alert. However, no major protests are expected like those in the wake of her acquittal last fall.

After the October 31 decision, nationwide protests—including threats to judges and army generals—paralyzed the country, and Bibi was moved to an undisclosed location.

But now Pakistan is comparatively calm. The two main clerics responsible for inciting mobs, Pir Afzal Qadri and Khadim Hussain Rizvi, were arrested in November over charges of sedition and terrorism.

Tuesday’s Supreme Court decision comes shortly after more than 500 Islamic clerics in Pakistan signed the “Islamabad Declaration” condemning attacks on Christians and other sects. The historic document, which references Bibi’s case, declares terrorist violence and extrajudicial killings in the name of Islam to be violations of the religion’s teachings.

More than 50 people who were charged with blasphemy in Pakistan have been murdered in attacks by vigilantes over the years, some beaten in the streets and some burned to death. Even after her acquittal, Bibi has remained under tight security to avoid violence at the hands of those who opposed the verdict.

The Islamabad Declaration goes on to state that “it is the responsibility of the government to ensure protection of life and property of non-Muslims living in Pakistan.”

Bibi was the first Christian woman in the country to be convicted of blasphemy and to have her case go all the way up to the Supreme Court. Saif-ul-Malook, Bibi’s lawyer, who fled the country amid the protests over her acquittal, appeared in court and contested the petition to overturn her release.

Along with religious freedom advocates, Christians around the world have prayed for her protection and celebrated today’s decision.

“We're delighted that Asia Bibi's acquittal has been upheld by the Supreme Court of Pakistan as @ReleaseInt and @OpenDoorsUK continue to call for her safe removal from the country and for protection for the Christian minority there,” the United Kingdom’s Evangelical Alliance stated on Twitter.

“The persecution of Christians must stop everywhere around the world,” tweeted Senator Rand Paul on Tuesday. “It is time for Pakistan to let Asia Bibi go. The Supreme Court of Pakistan has now reaffirmed her innocence. Her safety is paramount.”

Two of Bibi’s daughters were recently granted citizenship by Canada. Observers now expect Bibi and her husband Ashiq to fly to Canada after remaining in Pakistan for the recent hearing.

In the wake of Bibi’s acquittal, CT’s Quick to Listen podcast examined why Pakistan’s Christians are so vulnerable