The New York pastor and author announced his diagnosis Sunday and begins chemo next week.
Kate Shellnutt|June 7, 2020 11:43 AM
españolPortuguêsFrançais简体中文한국어Indonesian繁體中文 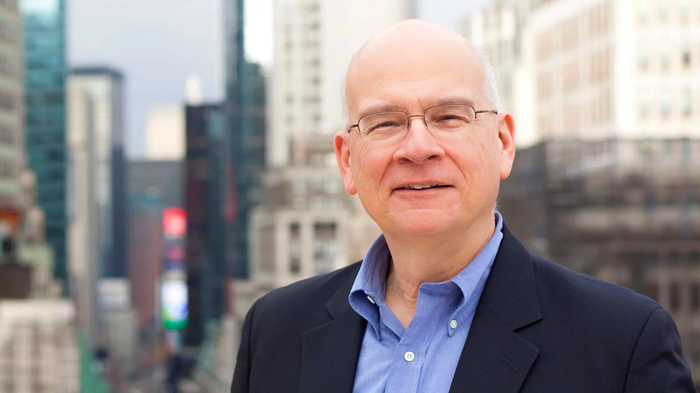 [You can now read this article in French, in addition to Spanish, Portuguese, Korean, Chinese (Simplified or Traditional), or Indonesian.]

Tim Keller asked followers for prayer as he begins chemotherapy for pancreatic cancer.

The popular Christian author and pastor announced the news of his diagnosis in an update on Instagram and Twitter Sunday morning.

“Less than three weeks ago I didn’t know I had cancer,” wrote Keller. “Today I’m headed to the National Cancer Institute at the [National Institutes of Health] for additional testing before beginning chemotherapy for pancreatic cancer next week in New York City.”

Keller, 69, said he has felt God present and felt physically great as he underwent initial tests, biopsies, and surgery. He sees it as providential intervention that doctors caught the cancer when they did.

“I have terrific human doctors, but most importantly I have the Great Physician himself caring for me,” he wrote.

Keller stepped down as senior pastor at Redeemer Presbyterian Church in Manhattan in 2017 after 28 years of ministry there. He has continued to write, preach, and work with Redeemer’s City To City church planting initiative. Keller requested prayers that he could continue his work despite the side effects of the treatment.

In recent weeks, Keller has shared his Gospel in Life series on the gospel and race and promoted Uncommon Ground, the book on Christian witness amid divides that he co-edited with John Inazu.

Keller was diagnosed with thyroid cancer in 2002, which he wrote about in his book Walking with God Through Pain and Suffering. He now has a familiar face at the NIH: director Francis Collins. Keller spoke with Collins, a fellow Christian and an award-winning geneticist, last month during an online conversation about faith amid the coronavirus pandemic. Collins has led the NIH amid a historic research push around cancer immunotherapy, including developments for the treatment of pancreatic, prostate, and breast cancer.

Pancreatic cancer can be a particularly hard-to-diagnose and aggressive form of cancer, accounting for about 3 percent of cancer diagnoses in the US and 7 percent of all cancer deaths.

Keller concluded his announcement with a reference to Hebrews 12:1–2: “Running the race set before me with joy, because Jesus ran an infinitely harder race, with joy, for me.”

Editor’s note: Want to read or share this article in Spanish, Portuguese, French, Korean, Chinese (Simplified or Traditional), or Indonesian? Now you can!