Mainline Protestants Are Still Declining, But That’s Not Good News for Evangelicals 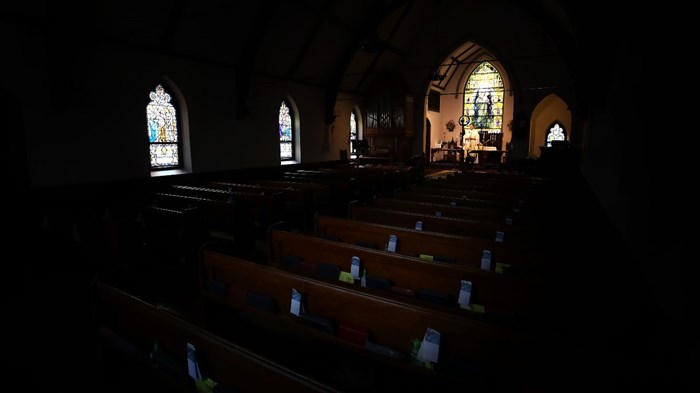 If there’s one overarching conclusion that comes from studying survey data of American religion over the last several decades, it is that fewer people identify with an established religious tradition every year. The ranks of religiously unaffiliated, also called the nones, have grown from just about 5 percent in the early 1970s to at least 30 percent in 2020.

Religious demography is a zero-sum game. If one group grows larger that means that other groups must be shrinking in size. So that rise in the nones is bad news for churches, pretty much across traditions. When you sort Christians by denomination, mainline Protestants are continuing to show significant decline.

By their own membership tallies, mainline denominations are showing drops of 15 percent, 25 percent, and even 40 percent over the span of the last decade. There is little room for triumph on the evangelical side; their numbers are slipping too.

Examining these two traditions, though, shows us two different stories about how their churches are losing members and could offer a trajectory for what the American religious landscape will look like in the future.

First, it’s important to point out that mainline Protestants—the grouping scholars use for denominations like the United Methodist Church, the Evangelical Lutheran Church in America, and the Presbyterian Church (USA)—used to outnumber evangelicals by a significant margin in the 1970s. In 1975, just over 30 percent of Americans were mainline, while about 21 percent were evangelicals. However, those lines began to converge quickly, and by 1983 there were more evangelicals in the United States than mainliners.

This rapid shift in American religion was driven primarily by evangelicals becoming more prominent in American culture. The rise of televangelists like Jerry Falwell and Pat Robertson coincided with the Religious Right beginning to assert itself in electoral politics. Because the nones were relatively small at this point, there’s ample reason to believe that significant numbers of mainline Protestants became evangelicals through the 1980s.

By the late 1980s, evangelicals had become 25–27 percent of the population, and the mainline population was stuck around 20 percent. In 1993, evangelicals hit their peak in the data at just under 30 percent and have since gone into a slow and steady decline over time.

Between 2000 and 2018, the decline among evangelicals has been relatively modest—just about two percentage points. The mainline also declined three times as fast during this same time period, dropping from 16 percent in 2000 to just over 10 percent in 2018.

When you look at where both traditions started in 1972, evangelicals are slightly up, while the mainline is significantly smaller.

It’s clear that both the mainline and evangelical traditions have gotten smaller over the past few years, but how did that happen? There are two primary ways for religions to shrink. The first is through death without replacement. When older members die, the tradition gets smaller unless young people are raised up in the church to offset those losses. The other way a tradition decreases in size is through defection. That means people leave the religion in which they were raised for another faith group.

The General Social Survey asks respondents about the denomination in which they were raised as well as their current denomination. Using this data, it’s possible to get a sense of just how the decline in these two traditions can be chalked up to defection and where those defectors ended up.

In the most recent waves of the GSS data, there’s clearly a bigger retention problem for people who were raised mainline—just over half (55%) stayed mainline as adults. Nearly half the people left the mainline ended up being religiously unaffiliated, while another significant portion became evangelical.

For evangelicals, retention is much higher at 70 percent, but the same basic pattern of religious switching exists. A significant portion of evangelical defectors go on to claim no religious affiliation. The second most likely landing spot for people leaving the evangelical tradition is the mainline.

It’s fair to say that both the mainline and evangelical traditions in the United States are losing members. But that seems to be happening a bit asymmetrically. Evangelicalism is undoubtedly down from its peak in the early 1990s. But it’s reached a bit of a stasis in recent years, being buoyed by some inflows from the mainline tradition and enough younger families to offset some of the losses through death.

The decline of the mainline has also slowed somewhat recently. However, there are plenty of reasons to conclude that their numbers will dip again. As they continue to fight defections from the tradition, the average age of the membership increases, and traditional denominations hemorrhage members, it seems apparent that there are more causes for concern among mainline Protestants than evangelicals.

As the middle of American religion continues to hollow out, evangelicals will only have two strategies going forward: Keep the young people raised in the church or try to evangelize the growing number of unaffiliated Americans. Recently, both have been a challenge for evangelical churches. For example, only half of kids raised in the Southern Baptist tradition—the biggest Protestant denomination in the US—stay Southern Baptist as adults.

The entire nature of church growth will need to shift in the future, and churches needed to be ready to face a religious landscape they have never seen before.

Mainline Protestants Are Still Declining, But That’s Not Good News for Evangelicals

Mainline Protestants Are Still Declining, But ...