Southern Baptist Church Planting Up in 2020, But Baptisms Plunge by Half

The pandemic accelerates more than a decade of decline for the denomination.
Kate Shellnutt|May 21, 2021 11:00 AM 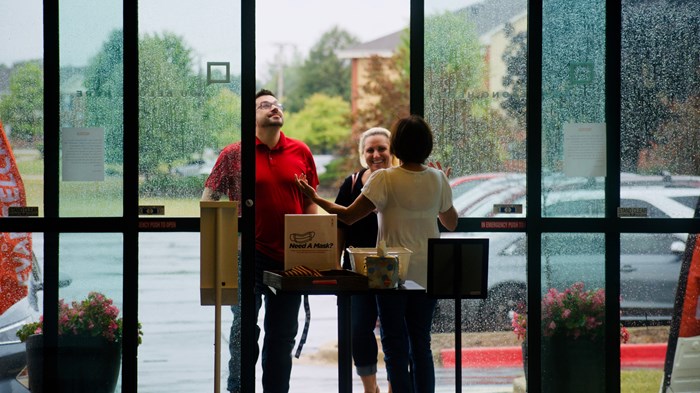 Southern Baptists saw an uptick in church planting and kept relatively steady levels of giving despite COVID-19 lockdowns in 2020. But overall, the denomination experienced another year of decline, with the pandemic accelerating historically steep drops in membership and baptism.

The country’s largest Protestant denomination has been getting smaller for 14 years in a row, down to 14 million after losing 436,000 members last year, according to the Annual Church Profile released Thursday by the Southern Baptist Convention (SBC). Baptisms dunked by nearly half year-over-year.

“COVID-19’s effect on 2020 stats is undeniable. Yet 2020 is only the latest year of continued decline in major categories,” tweeted Mike Stone, a pastor in Georgia who is in the upcoming race for SBC president. “Southern Baptists need a move of God. Let us pray and work to that end.”

For years, pastors and denominational leaders have responded to shrinking numbers by calling for a renewed focused on missions. The year 2020 showed promising signs of progress on the mission field, adding 588 new church plants in the US and over 18,000 abroad, both figures up from the year prior.

But the growth has not offset the downward trend in overall membership. Researcher Ryan Burge wrote last year that the generational shift will be the biggest factor accelerating losses in the SBC, as the denomination ages and members die off.

Losing more of its older members due to COVID-19 is likely one factor in the 2020 drop, according to Scott McConnell, executive director of Lifeway Research. Membership declined by 2 percent in 2019, the SBC’s biggest drop in a century. Last year—as congregations winnowed inactive members from their rolls and saw fewer people join during shutdowns—the decline was 3 percent.

Churches were also less likely to participate in this year’s annual compilation; 69 percent contributed data compared to 75 percent in previous years. While not a complete picture, the Annual Church Profile is the denomination’s best snapshot of Southern Baptist trends. Leaders are still grappling with what last year’s numbers will mean for the SBC in the long-term.

“It may take years for us to know the full effects of the COVID-19 pandemic on our churches,” said Ronnie Floyd, president of the SBC Executive Committee, in comments to Baptist Press. “There are lessons to be learned from 2020 as we put it behind us—such as the vital need for corporate worship, the value of being creative in developing ways to share the Gospel, and how much local communities need our churches to minister in difficult circumstances.”

Church planting represents a bright spot amid the trend toward decline; the number of SBC churches launched in the US in 2020 was 588, an increase over 552 the year before. Southern Baptists have planted 8,200 churches in North America since 2010, a rate that researcher Ed Stetzer says amounts to “replanting the denomination every few decades.”

“Well, the SBC continues its downward trend, for sure, but the church-planting numbers are a reminder that the North American Mission Board plants more than anyone else and that they kept doing it in a remarkably difficult year,” said Stetzer, executive director of the Wheaton College Billy Graham Center. “If Southern Baptists find a path to a better future, the road goes through church-planting territory.”

Kevin Ezell, president of the North American Mission Board, the entity overseeing domestic evangelism and mission, told CT he’s encouraged by their work in 2020 but also looking forward.

“The number I care about most is how many survive after four years. Right now that survival rate hovers around 80 percent, which is incredibly strong,” he said. “But to plant 588 churches during lockdowns and social distancing demonstrates that Southern Baptists have a strong church-planting network and a strong financial commitment that holds up to even the toughest challenges.”

Even during a year where many churches were closed or digital-only during lockdowns, and even with fewer churches reporting, giving remained relatively steady—declining less than 1 percent to $11.5 billion. SBC churches spent $1 billion on missions in 2020.

The annual report comes less than a month before Southern Baptists are scheduled to meet in Nashville in June for their annual meeting, the first since the pandemic. Leaders are expected to address the downward trends in the denomination as well as recent debates over their approach to politics, race, women, and abuse.

“A convention perpetually at war with itself cannot do what God has called it to—pursue the Great Commission,” said outgoing SBC president J. D. Greear in a statement. “There are voices calling us [to] come to Nashville to divide even further over things beyond the scope of our statement of faith and therefore best left to the autonomy of churches. This will surely send us even further into decline.”

Baptisms have decreased as fewer converts join SBC churches and were put on hold in many churches as a result of the pandemic. Historically, that’s been the landmark measure for the denomination. “It’s not just a point of pride; it’s also evidence that the SBC is carrying out the Great Commission,” said Barry Hankins, historian at Baylor University. “It’s not hard to imagine a sense of bewilderment if not despair at the steady decline of baptisms and membership in the SBC.”

“We desperately need a great movement of God among our people for which these statistics should drive us all to our knees in prayer,” he said. “The data also underscores the indispensable need for providing the best theological education to prepare the next generation of pastors and church leaders for the challenges of ministry today.”

Southern Baptist Church Planting Up in 2020, But Baptisms Plunge by Half