The alleged attacker was baptized and confirmed in the Church of England several years ago amid a quest for asylum in the UK.
Kate Shellnutt|November 17, 2021 01:19 PM 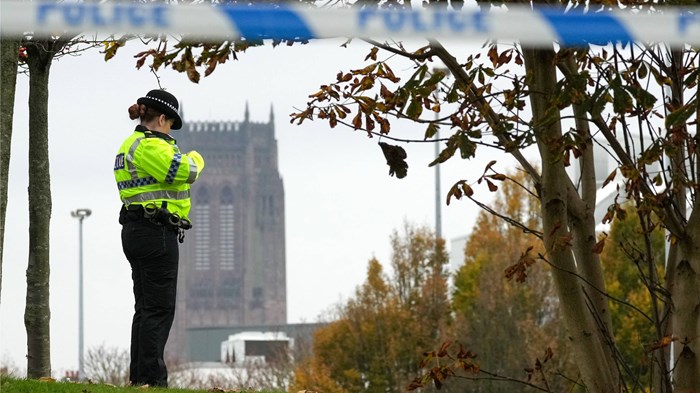 When a bomb went off in a Liverpool taxi on Sunday, it reignited controversy over the Christian conversions of UK asylum seekers.

The suspect, Emad al-Swealmeen, died in the explosion, which has been designated a terrorist incident. The 32-year-old had become a Christian and participated in a Bible study program for asylum seekers. Leaders from two Liverpool congregations testified to his faith and his involvement, telling media they were shocked by the reports of the bombing.

For years, the Home Office—the division of the British government overseeing immigration—has questioned whether Middle Eastern refugees were gaming the system to strengthen their pleas to stay. Converts can use their new faith to serve as a sign of assimilation and to claim they will face persecution if they return to their Muslim-majority home countries.

Swealmeen, according to reports, was born in Iraq and converted to Christianity from Islam the year after his 2014 asylum request was rejected.

The Diocese of Liverpool said he was baptized in 2015 and confirmed in 2017. That year, he also participated in an Alpha course for asylum seekers at the Liverpool Cathedral and filed an appeal to stay in the country.

A couple who volunteered with the course housed him for eight months with no issues and believed his conversion was sincere.

“During that time, we saw him really blossoming in regards to his Christian faith,” Malcolm Hitchcott said in a BBC interview. “He really had a passion about Jesus that I wish many Christians had, and he was ready to learn.”

He said Swealmeen read his Bible regularly and prayed with him and his wife each night.

Swealmeen attended another congregation, Emmanuel Church, from 2017 to 2019. A lay leader there told the AP that Swealmeen was a “committed Christian” and would make cakes for church bake sales. Kate Hindley, wife of Emmanuel’s pastor, told media that he was “very kind” and open about his mental health problems.

In the wake of the bombing, the Church of England and the Liverpool Cathedral have both released statements clarifying and defending their standards for sincere conversion.

Anglican leaders and other Christian leaders in the UK have previously challenged the measures the Home Office has used to test whether a convert’s faith is genuine, including arbitrary Bible quizzes, calling them unfair and inaccurate.

Still, critics say churches can be naïve to accept the conversions of refugees from the Middle East. Home Secretary Priti Patel said Swealmeen’s case “was a complete reflection of how dysfunctional, how broken, the system has been.”

A Church of England spokesman said while it is not the clergy’s role to assess asylum claims or security risks, the church is not aware of “any evidence to suggest a widespread correlation between conversion to Christianity, or any other faith, and abuse of the asylum system.”

“The Church of England welcomes all people and celebrates with those who choose to make a commitment to Christ, but of course there is also a need for discernment—to be ‘wise as serpents and innocent as doves,’” church officials wrote in a 10-page document on supporting asylum seekers.

“Clergy must be confident that those seeking baptism fully understand what it signifies, as an unrepeatable sacramental act of initiation which ushers an individual into the Church.”

Liverpool Cathedral’s spokesman said the church requires regular attendance as well as completion of a Christian basics course prior to conversion, and that it would take two years of close community involvement before leaders would consider supporting a candidate’s application for asylum.

The cathedral has been actively involved in outreach and ministry to a wave of refugees who have come to the UK in recent years, welcoming over 200 as converts in a four-year span, The London Telegraph reported. By 2016, it had begun a weekly service in Persian for refugees from Iran.

The cathedral’s bishop, Cyril Ashton, posed for a picture with Swealmeen the day of his confirmation.

“His confirmation was one of hundreds I have conducted as a bishop so I have no specific recollection of the individual. The church takes confirmation seriously and I know that he would have been thoroughly prepared with an understanding of the Christian faith,” he said to the BBC. “It seems that sadly, despite this grounding, the bomber chose a different path for his life.”

The incident took place on the UK’s Remembrance Day. Swealmeen took a taxi to Liverpool Women’s Hospital and detonated an improvised explosive in the parking lot. The driver survived with injuries. Police have yet to determine a motive.