Trapped in the Church 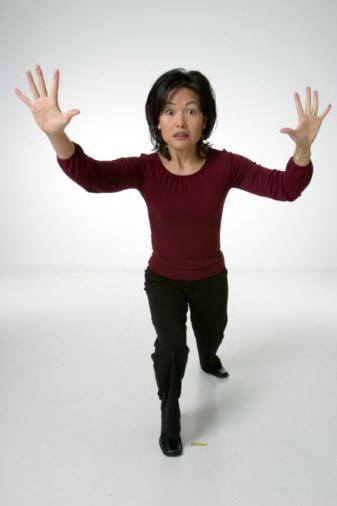 Over the past few years I've found myself caught in a web of legalism and cheap grace. I grew up in a small Baptist church in South Carolina. It was a small, loving church, where everyone knew everybody. I loved it. It is where I received my foundation.

So why do I feel trapped? I'm trapped because although I have had many positive experiences in many churches, I have also seen the atrocities. I've seen a person bound by legalistic rules with no grace, and I've seen everything being swept under the blood. I've seen people behaving badly in both environments. In the legalistic church, there are blind spots. In the cheap-grace church, there is no conscience.

What do I mean by legalistic? Merriam-Webster defines legalism as "strict, literal, or excessive conformity to the law or to a religious or moral code." Christian Apologetics and Research Ministry defines legalism as "the excessive and improper use of the law." In my experience, it manifests itself in the form of rules, regulations, and community covenants. I was employed at a conservative Christian university. The community was composed mainly of conservative evangelicals and fundamentalists. Members of the culture were required to sign a covenant promising to follow the standards of the community. If the rules were not followed, it was grounds for termination.

This created, in my opinion, a lot of Pharisees. It was a family of individuals with a superiority complex, who failed to offer membership to those who didn't follow the same rules. It produced a climate of criticism, judgment, and hostility toward outsiders. It produced a culture that failed to foster relationships with those outside the family. It is so easy to become a Pharisee. We must all guard against it.

What's the problem with this environment? It fails to show grace to those who are struggling. It fails to truly acknowledge that we are utterly dependent on the Lord. It fails to recognize that we are all sinners saved by grace. It forgets Matthew 7:3-5: "And why worry about a speck in your friend's eye when you have a log in your own? How can you think of saying to your friend, ‘Let me help you get rid of that speck in your eye,' when you can't see past the long in your own eye? Hypocrite! First get rid of the long in your own eye; then you will see well enough to deal with the speck in your friend's eye." I love this Scripture because I've seen it manifested in two ways in the legalistic church: 1) The focus is always on someone else's sin. The person who has sinned is shown no grace, but criticized and sometimes shunned for their poor decision. 2) The person doing the criticism fails to focus on his or her own sin.

Trapped in the Church

END_OF_DOCUMENT_TOKEN_TO_BE_REPLACED

Women Leaders in the Bible
END_OF_DOCUMENT_TOKEN_TO_BE_REPLACED