How Should the Church Handle Adultery?

God’s mercy provides a way out…do we?
Read as Single Page
Page 1 of 4 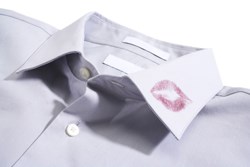 Have you been marred by the sin of adultery? Has your heart ever ached for a friend's or relative's marriage that has been battered by adultery? The church has ways to handle adultery, but do we handle it as Jesus did? Have you seen the church mishandle people affected by adultery? How do we extend mercy for such a despicable sin that disrupts so many marriages, homes, children, and precious lives?

Most people understand what adultery is, even if we masquerade behind false pretenses. We all understand how marriages can be affected by the sin of adultery, or worse, even destroyed. Often, we forget to delve into how the body of Christ views the sin of adultery and all the parties involved. It would seem in such a sexualized culture, with the spiritual condition of the church being what it is, that anything goes. The contrary is true. Sin has never been tolerated by God; neither should it be tolerated by the church. But for every sin that has been committed or that will be committed, the penalty has already been paid by the blood of Jesus.

Adultery is an ugly thing that has very ugly consequences, but despite the ugliness, incredible mercy and redemption can result. If we as Christ's body handle adultery as Jesus did, more people would be restored back to God.

Caught in the Act

There are a few definitions for the word caught: came upon suddenly; surprised, and detected. Many of us in childhood were "caught" doing some stuff we knew we had no business doing. My mother used to warn her children, "Your sins will find you out." As I have children of my own, I find this such a true statement. When you are caught in the act of wrongdoing, the emotions are indescribable and often unbearable. As a child, I wanted to disappear when caught in some act, when my parents found out my "dirty little secrets." To make matters worse, can you remember being caught doing something when "everybody" knew you did it? How awful!

Many marriages have been plagued by adultery; the statistics are alarming. According to Focus on the Family, an estimated one-third of men and one-quarter of women have admitted to engaging an extramarital sexual act. I am certain that there are even more cases that have not been reported, guilty parties who have not been "caught." By no means am I making light of such a sensitive subject. We have already established that adultery is sin, but how we as the body of Christ handle it could be the difference between restoration and reprobation.

How Should the Church Handle Adultery?

END_OF_DOCUMENT_TOKEN_TO_BE_REPLACED

Does the Bible Really Say I Can’t Teach Men?Meet Sexual Sin with Truth and GraceHow Should the Church Handle Adultery? The Strong Power in Every Woman

Are You Living Your Calling?
END_OF_DOCUMENT_TOKEN_TO_BE_REPLACED