3 Temptations of Leadership: Abuse of Power

Often masked as something else, the sin of leaders can hide in plain sight
Read as Single PagePage 1 of 3 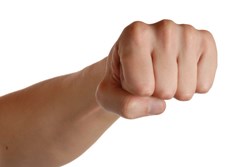 We get horribly upset and up in arms whenever we discover one of our church leaders has engaged in sexual sin. And rightly so. We want to trust that our pastors and other church leaders (whether men or women) are striving to follow Jesus in their hidden lives as well as their public lives. The discovery that a church leader has been engaging in sexual sin, whatever form it takes, is disillusioning and damaging to many. His or her sin leaves behind a trail of destruction.

Of all people, church leaders are the ones who should be modeling a pure and chaste life for the sake of Jesus and his church. If they cannot, they need to step away from their leadership positions. Of course, we cannot abandon or shun these leaders who step down because their lives aren't right. Even in our hurt over their sin, we must prayerfully and lovingly offer them the help they need to get better. After all, they are our brothers and sisters. Their well-being, our well-being, and the church's well-being are inextricably linked.

But are sexual sins, or other sins like embezzlement, the only sins for which a church leader should be held accountable and for which a leader should be disqualified from church leadership? I've spent lots of time with Christian leaders in seminary, on the pastoral staffs of two churches, and on staff at a Christian organization. My experiences have allowed me to meet the most beautiful and life-giving people. I owe much of the good in me to their devotion to Christ; I am who I am because of them. However, even in the best of Christian places, I've found that while most often we don't turn a blind eye to sexual sin or sins like embezzlement, we often excuse or gloss over leaders' abuse of power.

At a Christian organization I worked for, I watched two ambitious, power-hungry, agenda-driven leaders lie and manipulate information. They were intent on ridding the organization of those who weren't like them. Those who were on board with their policies could stay. If one crossed them, one could expect to lose one's job. Within a year they found stealthy ways to eliminate dozens of those who spoke up against what they were doing. The leaders' scare tactics frightened many into silence. These people were in the upper echelons of leadership with little accountability; the ruling board was far removed from the everyday goings on and heard only these leaders' version of the story. It was by far the most appalling and alarming thing I've witnessed firsthand.

3 Temptations of Leadership: Abuse of Power