You’ve Hit a Roadblock…Now What? 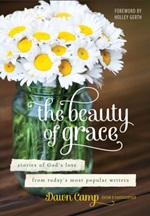 Have you ever come to a roadblock in your ministry or job and wondered why God would lead you along so clearly only to bring you to a sudden standstill? That’s happened to me many times as I’ve followed His leading and then gotten confused when I felt Him say stop.

Wait a second, Lord. I thought you said we were going from A to Z, and we’re only on M! Is this where I’m supposed to quit and move on to something else? This makes no sense!

Recently, when I came to a stop sign that’s in an odd place along the country road near my house, I was reminded of those confusing moments in life. That sign seems to make no sense either. It is placed on the road where a smaller lane “Ts” into it—a lane that is seldom used, and has its own stop sign for drivers to give way to the larger road. For about ten years, we drove through that tiny intersection without a stop sign there, and without any incident to warrant one being installed.

And then one day, there it was. A big, red stop sign with ﬂags and a blinking light atop it to alert drivers to its new placement. I personally ran that stop sign about twenty-ﬁve times out of sheer habit. And each time I’d curse its meaningless existence. There was never any intersecting traffic and it was such an annoyance! (Insert angry muttering here.)

Finally, it occurred to me that the stop sign was not really intended to protect drivers at that intersection. No, it was actually to get drivers to bring their cars to a halt so they would proceed with caution through the next stretch of road.

You see, right after the stop sign is a dangerous curve that leads to a bridge. Every month there is at least one new accident at that spot, caused by speeding drivers who can’t make the sharp turn in time. By the time they reach the curve they can’t slow down fast enough to avoid taking out the rails. I can’t count how many times I’ve seen tow trucks hauling wrecked cars away from that location.

At ﬁrst the city tried reﬂective stripes on the guardrails, but there were still too many accidents. Then they installed blinking yellow lights around the curve. No improvement. Then they tried a yellow caution sign with a squiggly arrow. Cars continued to plunge though the barrier.

Finally, someone must have had an idea. “If we put a stop sign well ahead of the danger, drivers will come to a halt, assess the situation, and proceed with caution around the curve.”

You’ve Hit a Roadblock…Now What?