The State of Female Pastors

Despite less than groundbreaking numbers, there’s change in the air.
Read as Single PagePage 1 of 2 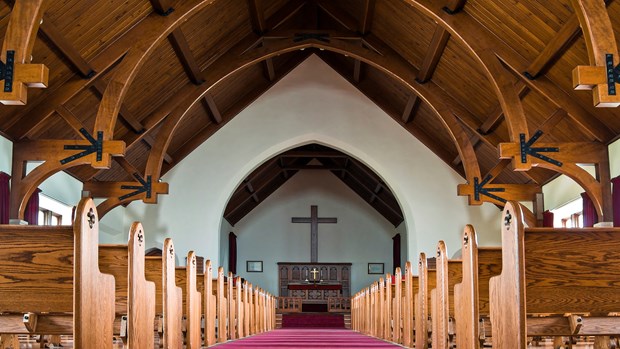 Female leadership is on the rise in many churches, which has ignited further discussion on the subject. While female ordination is supported by denominations such as American Baptist, Presbyterian USA, and the Evangelical Lutheran Church of America, the Roman Catholic Church and the large Southern Baptist denomination remain stiffly against female ordination.

According to a Barna PastorPoll, the number of female pastors in Protestant church leadership has doubled over the past ten years. This progress is encouraging, especially when taking into account the statistics from the Hartford Institute for Religious Research, which shares that roughly 10 percent of congregations have a woman in senior or solo leadership.

As more women attend seminary (roughly one in five Protestant seminary students are women) and continue looking for leadership positions in churches, conversations surrounding this topic and the many biblical interpretations surrounding it will continue to take place.

While 10 percent isn’t a groundbreaking number, it’s still a significant step. And some denominations are inviting even more women into pastoral roles. For instance, 20 percent of mainline Protestant churches are led by women, including several large, well-known churches, as noted by Religion News Service in “Cracks in the Stained-Glass Ceiling”:

These high-profile pastors are making strides for women leaders everywhere, by noting, first, that they’ve all struggled and have been met with resistance in getting where they are, and second, that they’ve struggled to receive equal pay to their predecessors.

While these women have been able to receive fair compensation, the pay gap between genders still exists in churches. This is despite the fact that Barna has reported that three-fourths of female pastors have their seminary degrees, as compared to their male counterparts, of whom a little over half hold seminary degrees (63 percent).

According to the 2016-2017 Church Law and Tax Compensation Handbook, full-time male senior pastors receive 27 percent more in compensation and benefits than females—a $15,000 difference. The good news is that the pay gap appears to be shrinking. The 2014-2015 Church Law and Tax Compensation Handbook reported a 40 percent difference between the salaries of male and female senior pastors—a $25,000 difference. That's a big change in just two years.

The State of Female Pastors

END_OF_DOCUMENT_TOKEN_TO_BE_REPLACED

Women of the Bible
END_OF_DOCUMENT_TOKEN_TO_BE_REPLACED