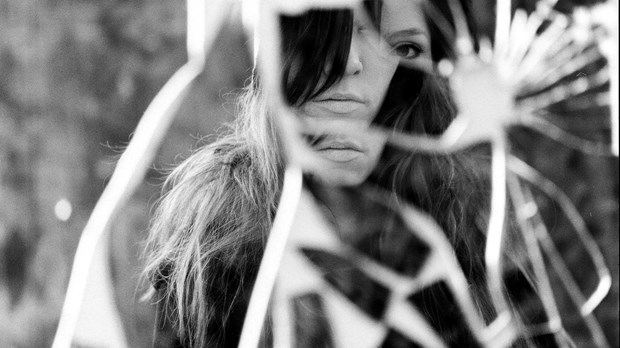 When I was twenty-three, I left the United States for a scary, exciting job as an international campus minister. I was all nerves with my year of seminary, husband of a year, and life packed into five large suitcases. It was an adventure into the unknown, following God’s call to places I’d only visited briefly. I’d speak a different language, learn new customs, and celebrate new government holidays—all in a bid to be a little-Christ to students at a university in Europe.

I returned at twenty-six, an older, wiser, and more broken woman. The years had not been easy or kind to me. My exterior circumstances in Europe had been easy. I was a campus minister on a cosmopolitan campus with students from 130 different countries. I had running water, plenty of delicious restaurants nearby, friends I liked, and a city I’d fallen in love with. But…

And this is a big but…

I hadn’t been emotionally or spiritually supported during our ministry years. I’d been told I was a liar, that I wasn’t trustworthy, that I was needy and demanding, and that I was trouble. The word had been given to me as an identity marker. I wasn’t making trouble; I was the trouble. And for a woman already uncertain about my welcome and position in ministry, that was devastating. It became a toxic environment that sapped me to nothing. I lost weight. I grew gray hair overnight. I withdrew from friends. I developed an unhealthy relationship with chocolate and books.

In short, I showed some of the signs of an abusive relationship.

And it wasn’t the students. No, they were wonderful. It wasn’t my husband either. He was my lifeline. Unfortunately, it was a fellow team member. We’d been friends when we left, but in the years we were on the field, I began dreading seeing them. If I saw them on the street unexpectedly, I ducked into shops or restaurants or alleyways. By the last year, each day was a battle to go to the office. It was hard to pray with them or for them.

We had problems where apologies were never spoken, accusations flew, and mistakes were attributed to anyone but them. Problems continued despite our sending organization trying to help. They sent people to mediate between the team and this person, they prayed for us, and they tried to put new systems in place. Ultimately, it failed, and we made the painful decision to leave the team.

A piece of me died that day.

Yet I learned something during those years, something that shook me harder than the lies, the accusations, and the questions around my identity. I learned that sometimes even when you try to do the right thing, when you know you’re living out God’s call in your life, the people who should support and love you, sometimes those very same people will betray you.

Leaving the field deeply wounded the part of me that yearned to be a minister, to have a pastoral calling, and to love people. It also wounded my confidence that as a woman I could even be a pastor. At times, I was full of painful memories like glass shards. To this day, I sometimes stay up at night as those shards still prick and slice me.

Despite my wound, I wanted to finish seminary while my husband pursued engineering. He wanted nothing more to do with ministry. (Well, at least as a “professional” minister.) He was also broken, though his brokenness came from watching me being broken down and stomped on.

For a few months, we sat on the fringes until we took deep breaths and jumped back into life. I started classes, volunteered for our church, and made friends. But we didn’t talk about our experiences, and it’s taken me seven years to write this.

It took me years to accept that what happened wasn’t my fault. It was years before I could even think about rejoining a church in a professional capacity. And still more years before I could think of myself as something other than broken, something more than the different person who came home from Europe that December. I eventually began to appreciate that new woman and her new strengths; to know that despite the hell she had encountered, God was faithful in the small things and had never abandoned her.

And although it was hard, I learned a lot about leadership by being on the receiving end of insecurity, fear, anger, and lost trust. I learned what not to do with teams. I learned what characteristics I wanted to define me, both as a leader and as a follower. I committed to several things: I would support my team members; protect them; invest in them; and most of all, I would never believe their individual success was somehow harmful to mine. And slowly—slowly—I began to appreciate how my very female-ness could be an asset.

Ministry can be a battle. We fight ourselves, our temptations, our insecurities, and our world. It’s hard, and made harder by the fact there are no cease-fires or truces. And sometimes we’re hit by friendly fire. We can find ourselves lost, far from the original plan, stranded without resources, and terrified we’re doing the wrong thing. But there is hope.

When betrayal comes from inside your circle, it can be all the more devastating for the intimacy that’s disrupted. If that’s something you’ve experienced, take heart ; you are not alone and you do not have to stay in that place. Here’s what I’ve learned through my own healing process:

The shards of life

We know bad things can happen—the joys of the present can easily become the broken pieces of the future. We pick up shards of ourselves—our hopes, our dreams, our plans—and are left with bloody hands and confusion. Cleansing our soul can feel insurmountable, but it can be done. And it’s done with God’s help, lots of time, help from loved ones, understanding, grace, and lovingkindness towards ourselves.

We’re all fighting hard battles to be heard and loved. Each of us, from the person farthest from God to the people who serve and lead in myriad ways in the church—we’re all broken Imago Dei. It’s not if life will break us, it’s what we do with the inevitable brokenness that matters. Who will we turn to? We turn to God and God’s people for truth, and in that truth—healing.

Stefanie Coleman has a Master’s of Divinity from Emmanuel Christian Seminary. She has worked in various roles from youth ministry leader to international church planter to Christian college adjunct instructor to her current role as the Adult Ministry Director at Community Christian Church Lincoln Square. Having lived on three continents, she can now be found in coffee shops in Chicago.

END_OF_DOCUMENT_TOKEN_TO_BE_REPLACED

Men and Women Working Together
END_OF_DOCUMENT_TOKEN_TO_BE_REPLACED