Becoming your most emotionally healthy self through personality study.
Read as Single PagePage 1 of 3 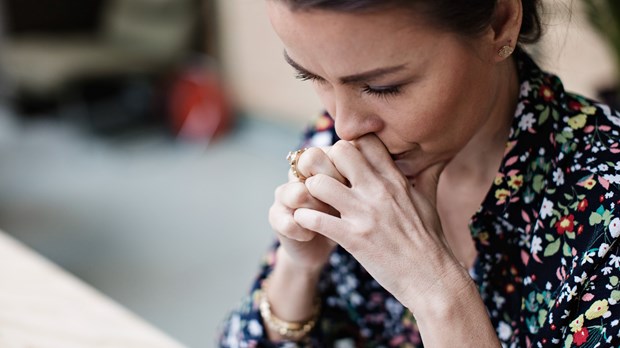 I remember the scene like it was yesterday. The night before our annual fundraising banquet and auction, the phone rang. The emcee we had worked with for months had come down with the flu. He would not be able to attend the event the next night, let alone rally the crowd to support the work of our nonprofit outreach organization.

I stood in my kitchen and gazed out the window at the early evening fog sifting in over the hills. I could feel stress rising up in me, a pressure-filled weight in my chest that rose up to my throat and stretched all the way to my armpits. A fearful part of me wanted to believe the worst: without him, the next evening would fail and flop. And if the night failed and flopped, then surely, I had failed and flopped as a leader.

But in that moment, the bigger, braver part of me chose a different route, perhaps for the first time in my career. Taking a deep breath, I chose to respond instead of react. Closing my eyes, I let the breath come over me, dispelling my anxiety and quelling the lies that fought for space in my head.

“Are you there? Hello?” he said into the phone.

Finally, after what seemed like an eternity, I spoke.

“Yeah, I’m here,” I said. “Go get yourself a bowl of chicken noodle soup and take a nap. Take care of yourself. We’ll be fine.”

And I believed it, I really did. Had age finally seasoned me? Or after nearly a decade in ministry, had I finally learned how to not let my emotions drive my reply? While I don’t doubt either of those factors had something to do with it, I also think I had begun to understand my personality on a deeper level. I had learned to put words around my emotional triggers so I wouldn’t constantly react.

Knowing who you are instead of who you aren’t is key as a woman leader in the church—and part of knowing yourself also means learning to respond instead of react.

When I first began in ministry, I believed myself as seasoned as they came. I had been involved in the parachurch organization for ten years as a volunteer before coming on staff, so I understood the culture and nature of the mission. The position also wasn’t my first job out of college; I had spent the previous four years in the classroom as a high school English and leadership teacher. An experienced twenty-something grown-up, I felt I held the upper hand, even if it meant starting over vocationally.

But finding a holy balance in ministry also meant getting to know my deepest self. It meant learning to listen to the cues of my body in a job encompassing both head and heart. In like manner, it meant getting to know the emotional triggers inside me so I could serve the church in the healthiest way possible.