How Light Changed the Rules of Opposites

Our earliest rational-scientific descriptions of the universe attached great importance to the existence of opposites. The Pythagoreans, for example, saw the world in terms of ten polar opposites: Limited/Unlimited, Odd/Even, Unity/Plurality, Right/Left, Male/Female, Rest/Motion, Straight/Curved, Light/Darkness, Good/Evil, and Square/Oblong.

Until recently, science’s view of the universe hinged on the existence of another antithetical pair: particle/wave. A particle has a well-defined shape and size. By contrast, a wave is smeared out, like the widening ripples on a pond. A particle’s shape and size don’t change from medium to medium—they are the same in water or molasses. By contrast, the substance and appearance of a wave depend critically on whether it is moving in water, molasses, or some other material. To borrow a phrase from Marshall McLuhan, when it comes to waves, the medium is quite literally the message.

For ages, science considered light to be a wave, not a particle. But that belief was demolished a little more than a century ago.

The experiment that triggered the revolution was performed in the late 1800s, first by Heinrich Hertz and then by his assistant, Philipp Lenard. The setup was simple. When the scientists shone light of different colors and brightness onto a polished metal plate, their instruments detected negatively charged particles—later called electrons—coming off the surface. The men reasoned that electrons in the metal plate were being shoved around by the light waves, the way surfers are by ocean waves. Nothing unusual about that.

But something wasn't quite right. Instead of appearing to be nudged off the metal plate by soft-body waves, the electrons ... 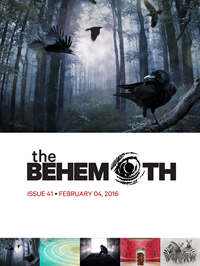