A first-hand account from a photographer and author who spent four months on the set of The Lion, The Witch and The Wardrobe, documenting the filmmaking process for a new book,Cameras in Narnia
By Ian BrodieOctober 18, 2005

NOTE: Click each of the photos in this story to see a larger version.

Watching films being made is a passion of mine. As a teenager I visited the cinema frequently in an era where I could chase distant suns with Kubrick or enter the minds of students with Antonioni. I was enamored by the idea that a piece of moving celluloid could create a window in the mind where real emotions could be triggered, where worlds could be entered. How could this craft of film and mechanics lead to something so believable?

I also devoured the texts of Tolkien and Lewis. I forayed through Middle-earth and Narnia many times, as the words on a page created films in my mind. I followed my father with a love of photography and captured my own Middle-earth in the landscapes of New Zealand.

In 2002 I was one of the fortunate few "outsiders" allowed on the set of The Lord of the Rings. My book guiding visitors to the locations of Middle-earth had allowed me a ringside seat to the creation of this film epic.

While on set I talked to the actors, looked through lenses, listened to orcs roar, and spent hours sitting behind the master Peter Jackson as he directed. I learned the protocols of set, where not to sit, when not to speak, how to be a very quiet fly on the wall.

When it was announced that the most well known of the Narnia Chronicles would also become a film, the idea of a similar book was born—a tome that would allow readers to enter into a world few get to see. A book that would explain in simpler terms how a film was made.

That book, Cameras in Narnia: How The Lion, The Witch and The Wardrobe Came to Life (HarperCollins Publishers), is now available. And the process of putting it together—including four months on the set in beautiful New ...

Join in on Facebook
Tags:
None
Posted:
October 18, 2005
More From:
By Ian Brodie 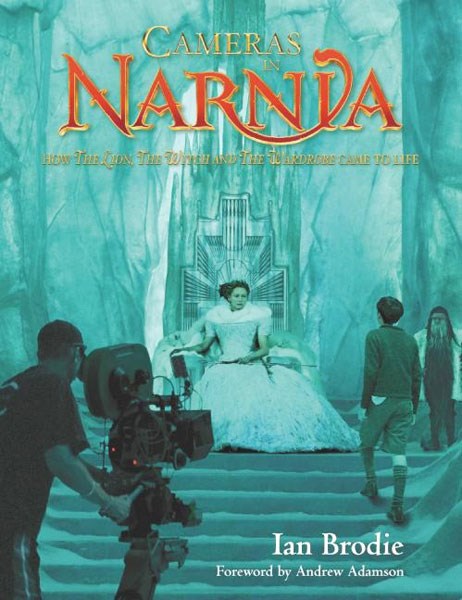