Appointments and selections of Don Argue, Ken Blackwell, and others.
May 8, 2007
This article is from the June 2007 issue. Subscribers can read all of CT's digital archives.

Selected • Naomi Cramer Overton, as the next president of Mothers of Preschoolers (MOPS) International. Elisa Morgan, the current president, will remain with MOPS International as chief executive officer.

Appointed • Don Argue, by Senate Majority Leader Harry Reid, on the recommendation of Senator Hillary Clinton, to serve on the United States Commission on International Religious Freedom. Argue, a former president of the National Association of Evangelicals, served on President Clinton's Advisory Committee on Religious Freedom. Argue plans to continue serving as president of Northwest University until September.

Named • Ken Blackwell, as senior fellow for family empowerment at the Family Research Council. Blackwell is a former undersecretary of the U.S. Department of Housing and Urban Development and U.S. ambassador to the U.N. Human Rights Commission. He ran unsuccessfully for governor of Ohio in 2006. Blackwell will lead FRC in addressing family economics, tax reform, and education. 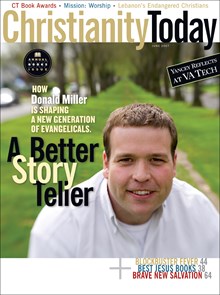 This article is from the June 2007 print issue. Subscribe to continue reading.