Walking the way of grace in the midst of my grief.
Ben Witherington|April 11, 2012
Image: Courtesy of Ben Witherington
What Good Grief Looks Like When a Daughter Dies 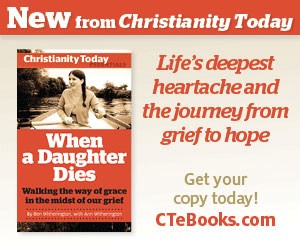