When your film crumbles after just being grazed by critical thinking, then you’ve got a problem.
Jackson Cuidon|February 13, 2014
Image: Columbia Pictures
Joel Kinnaman in 'RoboCop'
Our Rating

What's the nature of human consciousness? What if, instead of determining our actions for ourselves, we merely feel like we decide what to do? If the U.S. has the power to micromanage the affairs of other nations, should it? Do the rights of the individual continue even if he's like four-fifths robotic?

All these questions and more fail to be answered—but are at least entertainingly presented—in Jose Padilha's remake of RoboCop. A remake of the 1987 Paul Verhoeven film, this time around the movie stars Joel Kinnaman as Alex Murphy, Mr. Robocop himself.

Murphy and his partner Jack, played by Michael K. Williams, are maybe the only cops in the Detroit precinct who aren't on a criminal's payroll—a problem just as present in the film's 2028 setting as in 2014. But Murphy's determination to bring down a local crime boss leads him to be the target of an explosive attack, one that blows off a bunch of his limbs and burns his skin off and stuff (the movie alleges "fourth degree burns," which a quick Google search confirms are a real thing).

At the same time, OmniCorp CEO Raymond Sellars (played by Michael Keaton, who dresses about twenty years too young for the role) is facing roadblocks in Congress that'll prevent him from getting robots on the street to replace cops—and for Sellars, robots on the street means billions in his pockets. So Sellars and his OmniCorp buddies concoct a plan to merge the human and robot elements, thus circumventing the congressional ban on purely robotic police officers. Murphy is picked for the program, and the rest is history—well, 1989's 2028 history.

The good thing about RoboCop is that it totally exceeded my expectations ... 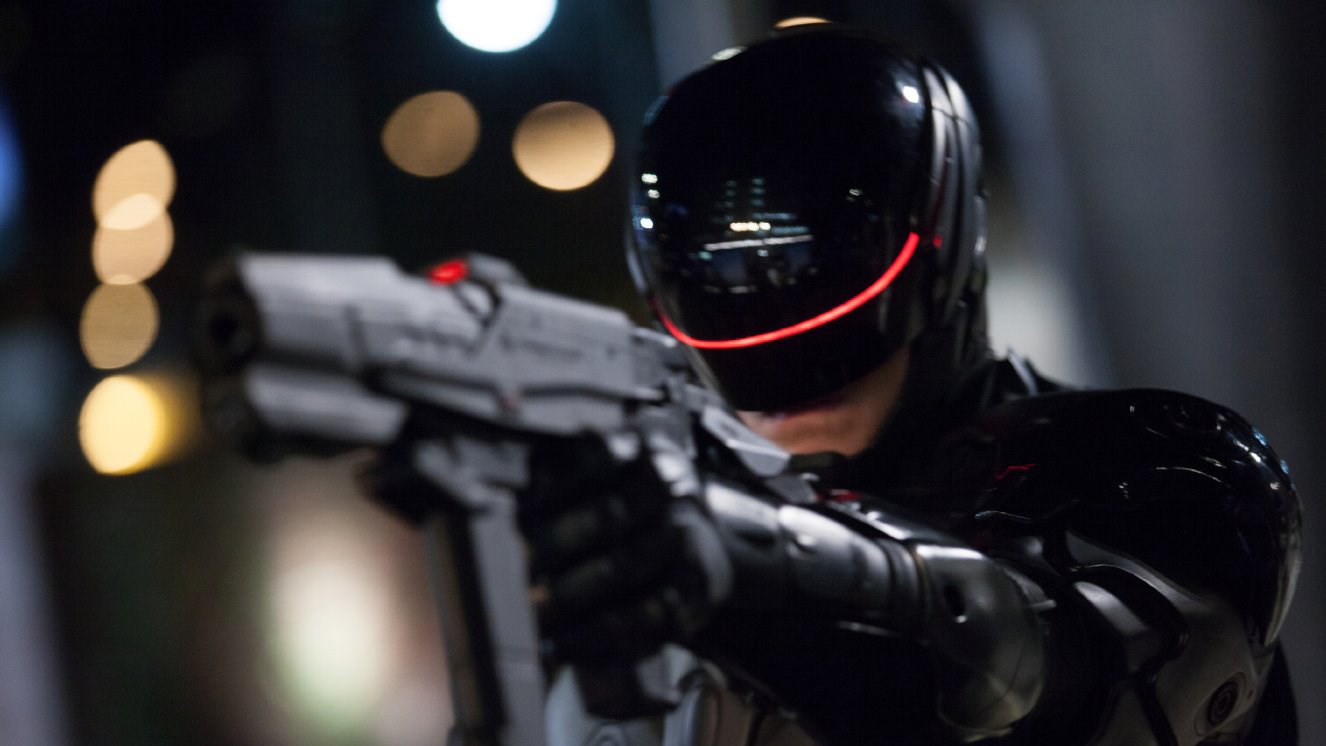