The differences are telling, and so are the similarities.
Alissa Wilkinson|April 13, 2016
Image: Disney
Neel Sethi in 'The Jungle Book'

The 1967 animated The Jungle Book was—for no specific reason I can discern—the only Disney movie allowed in our home when my little brother and I were growing up. So it was the only one we watched.

And boy did we watch it.

I haven’t seen it in about twenty years, but last week, talking to my husband about the film, I discovered that every lyric of “The Bare Necessities” was still lodged in my brain, ready for tuneful extraction. I doubt that’s what Rudyard Kipling had in mind when he wrote the stories back in the late nineteenth century, but The Jungle Book was the last film Walt Disney produced—he died during production—and it’s the one most people know.

What made the film so appealing to me and my brother, a couple of kids in the mid-1990s? Part of it was the infectious music, for sure—in addition to “The Bare Necessities,” songs like “Colonel Hathi’s March” and “I Wanna Be Like You” were addictive earworms we could dance around humming. Lines like “What you want to do?” “Oh, I don’t know, what you want to do?” “Now don’t start that again” furnished ready answers when we were out playing in the backyard with the neighborhood kids, riffs we stole from talking vultures.

Talking animals are stock characters in Disney films, and in children’s imaginary worlds; my brother and I would haul our stuffed animals out to the living room and stage entire Bible stories, with them in the starring roles. But there was something different about The Jungle Book’s talking animals. They weren’t Winnie the Pooh characters, who took life only inside Christopher Robin’s imagination. ... 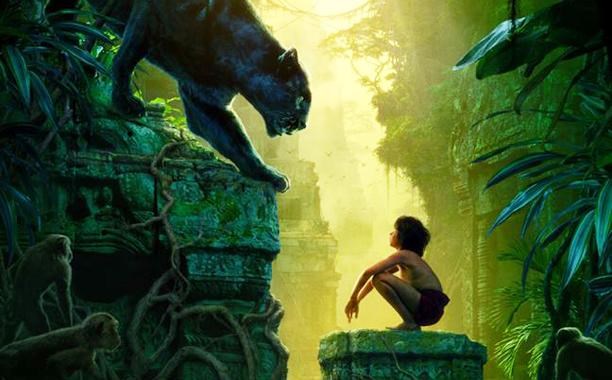