The site of Jesus’ baptism is free from land mines for the first time since 1968, when the Isaeli military laid the explosives along the river during the Six-Day War. Peace was declared with Jordan in 1995. Mine removal began in earnest in 2018, and specialists exploded the final 500 devices on the banks of the Jordan River in April. When the area was partially opened in 2011, hundreds of thousands of pilgrims visited. Many have been baptized in the Jordan, including pastor Max Lucado and rapper Lecrae. The removal cost $4.6 million. Israeli officials expect the number of visitors to triple after the pandemic.

A Vietnamese man has been released from prison after 16 years. Y Ngun Knul, part of the Montagnard ethnic minority, called for protests in 2004 when the government shut down unregistered churches in the Central Highlands. Thousands took to the streets, showing the strength of Dega Christianity, which combines evangelical faith with aspirations for political autonomy and control of ancestral lands. More than 140 people were arrested, and a new law banned religious activity that threatened national security or public order. Knul’s family lost their land in the years he was captive, so now he is homeless and suffering serious illness.

An evangelical pastor has been acquitted of the crime of harboring an immigrant. Norbert Valley, former head of the Swiss Evangelical Alliance, took care of a man from Togo after his asylum application was rejected. Valley said his faith required him to help his neighbor, but Swiss law criminalizes aiding people without legal documentation. Valley was arrested at his church and fined 1,000 Swiss francs. On appeal, a Neuchâtel judge ruled the aid was not “regular and intensive” enough to violate the law. According to Amnesty International, authorities across Europe have used anti-smuggling statutes to prosecute such “crimes of solidarity.”

Twenty-four Christians were killed in an attack on a West African church amid escalating terrorist violence. The deaths came one week after a pastor in the same northern province was murdered by terrorists and a week after a pastor and six members of a congregation were abducted. The region’s terrorists are increasingly targeting Christians as they attempt to seize control of the area’s gold mines, according to security analysts. More than 2,000 people were killed in clashes last year.

Swarms of locusts are devouring crops in East Africa and will likely cause a famine in the region, according to World Vision’s East Africa director. Experts blame climate change along with terrorist activity that has limited pesticide programs by the Somali and Yemeni governments. Hundreds of swarms have been counted, each with an average of 150 million locusts. A swarm can eat as much vegetation as 35,000 humans. The infestation is expected to impact about 90 million people. World Vision is working on responses to the problem, including logistical support for United Nations extermination efforts, encouragement of innovation in local communities, and continued food aid.

The US Marshals Service has arrested a former Baptist youth pastor who has been on the run for more than three years. Jeffrey Winston Forrest, one of the Marshals’ 15 most wanted, was arrested at a drive-thru in Jalisco, Mexico. Forrest is charged with with sexually assaulting four boys, ages 8 to 15, over a period of seven years. He allegedly groomed his victims at an Abilene, Texas, church’s day care center. His ex-wife planned to testify against him at his 2016 trial, saying that he confessed the assaults to her, but the youth pastor fled before the trial began.

More than two dozen leaders in the Church of God in Christ have died from COVID-19. The deceased ministers of the largest black Pentecostal denomination in the United States included Phillip A. Brooks in Detroit, who was second in the church’s hierarchy; Timothy Scott in Mississippi, who was the longest-serving bishop in the church; and leaders in New York, Virginia, and California. African Americans have been disproportionately impacted by coronavirus. The church instructed everyone to follow health officials’ guidelines to limit the spread of the virus and called for a day of fasting and prayer.

Southwestern Baptist Theological Seminary shut down its archaeology department, terminating five professors and discontinuing its degree program. It was the largest evangelical archaeology program in the US and the only one awarding doctorates. The administration said the school is responding to budgetary restrictions exacerbated by the pandemic. The program was started in 1983 with the hope that evangelicals could lead the field of biblical archaeology.

The Brazilian Evangelical Christian Alliance condemned President Jair Bolsonaro’s participation in an antidemocratic demonstration against the COVID-19 quarantine. Bolsonaro has fought to keep churches open during the pandemic, clashing with public health officials, state governments, and federal courts. Evangelicals, an important part of Bolsonaro’s base, are divided over the president’s response. Some prominent megachurch leaders support him, while more pastors have looked to medical experts for leadership. The Alliance said the gospel values of solidarity, fraternity, and unity should guide the nation in this crisis. 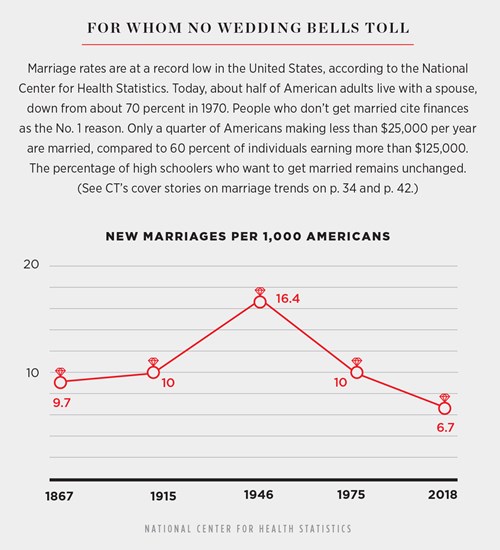