A sample of how Luther could bring Bible characters to life

Martin Luther preached an estimated 4,000 sermons (some 2,300 have survived). He also lectured and wrote commentaries on numerous books of the Bible. As historian Roland Bainton put it, “He was always teaching, whether in the classroom or the pulpit; and he was always preaching, whether in the pulpit or the classrooms.” Here, in Bainton’s translation, is Luther’s exposition of Genesis 22—the ultimate test of Abraham’s faith.

“I Am Afraid Every Time I have to preach,” Luther confessed. Though he preached often—once he gave 195 sermons in just 145 days—for him, preaching never ceased to be an awesome endeavor before a holy God. One scholar has called Luther’s preaching “the best and principal work of his variously busy life.”

Abraham was told by God that he must sacrifice the son of his old age by a miracle, the seed through whom he was to become the father of kings and of a great nation. Abraham turned pale. Not only would he lose his son, but God appeared to be a liar. He had said, “In Isaac shall be thy seed,” but now he said, “Kill Isaac.” Who would not hate a God so cruel and contradictory?

How Abraham longed to talk it over with someone! Could he not tell Sarah? But he well knew that if he mentioned it to anyone, he would be dissuaded and prevented from carrying out the behest.

The spot designated for the sacrifice, Mount Moriah, was some distance away; “and Abraham rose up early in the morning, and saddled his ass, and took two of his young men with him, and Isaac his son, and clave the wood for the burnt-offering.” Abraham did not leave the saddling of the ass to others. He himself laid on the beast the wood for the burnt offering. He was thinking all the time that these logs would consume his son, his hope of seed. With ... 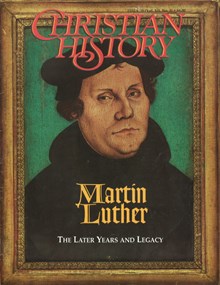