Behind the fanciful legends of the fifth-century British missionary stands a man worthy of embellishment.
Mary Cagney

A fleet of 50 currachs (longboats) weaved its way toward the shore, where a young Roman Brit and his family walked. His name was Patricius, the 16-year-old son of a civil magistrate and tax collector. He had heard stories of Irish raiders who captured slaves and took them "to the ends of the world," and as he studied the longboats, he no doubt began imagining the worst.

With no Roman army to protect them (Roman legions had long since deserted Britain to protect Rome from barbarian invasions), Patricius and his town were unprepared for attack. The Irish warriors, wearing helmets and armed with spears, descended on the pebbled beach. The braying war horns struck terror into Patricius's heart, and he started to run toward town.

The warriors quickly demolished the village, and as Patricius darted among burning houses and screaming women, he was caught. The barbarians dragged him aboard a boat bound for the east coast of Ireland.

Patricius, better known as Saint Patrick, is remembered today as the saint who drove the snakes out of Ireland, the teacher who used the shamrock to explain the Trinity, and the namesake of annual parades in New York and Boston. What is less well-known is that Patrick was a humble missionary (this saint regularly referred to himself as "a sinner") of enormous courage. When he evangelized Ireland, he set in motion a series of events that impacted all of Europe. It all started when he was carried off into slavery around 430.

Escape from sin and slavery

Patrick was sold to a cruel warrior chief, whose opponents' heads sat atop sharp poles around his palisade in Northern Ireland. While Patrick minded his master's pigs in the nearby hills, he lived like an animal himself, enduring ...

CeltsConversionCourageFaith and PracticeInternationalMiraclesMysticismPaganismSlaverySt. PatrickVision
Issue 60: How the Irish Were Saved, 1998
Previous Article
The Link: Modern Myths of the Medieval Past
Donald E. Meek 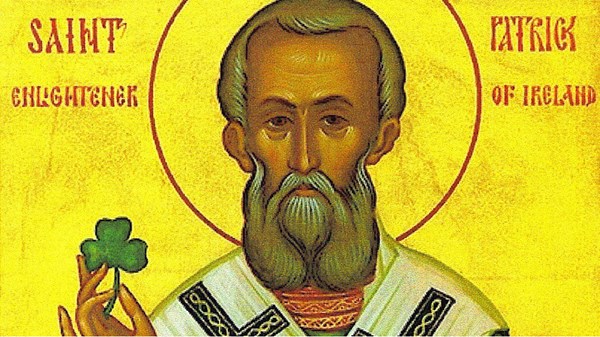