Expelled, a new documentary that argues the case for Intelligent Design from a Judeo-Christian perspective, has been in the headlines lately, prior to its April 18 theatrical release.

The film, hosted and narrated by Ben Stein, has been screened to invitation-only audiences at churches and for various Christian groups. But several critics have worked their way in to some of the screenings, most notably Roger Moore of The Orlando Sentinel, who recently trashed the movie in his blog.

A critic of another kind "crashed" a screening in Minnesota on Thursday night–Richard Dawkins, author of The God Delusion and arguably the most outspoken critic of Intelligent Design and Creationism. Dawkins himself appears in the documentary–but claims he was duped into believing it was going to be an objective account of Darwinism vs. ID.

Jeffrey Overstreet, a film critic for CT Movies, broke the news on his own blog Thursday night after receiving an e-mail from a college student who was at the screening. 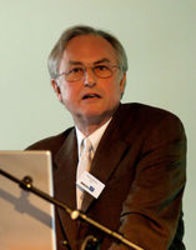