John Van Sloten, whom some call "Canada's pop-culture pastor," once preached a sermon about Metallica and the band's spiritual connection, never believing anyone outside of his congregation – Calgary's New Hope Church – would notice. But word spread, it made international news, and even the heavy-metal band heard about it. That led to a series of sermons on pop culture, covering films like Spider-Man and Grand Torino, bands like Coldplay and Green Day, artists like Van Gogh and Rembrandt. Van Sloten says God is speaking everywhere, through everything.

"The reason I preached on all these topics is because I believe they belong to God," he says. "And when things belong to God, they matter and have something to say."

It's an intriguing but controversial idea, this notion of God speaking through everything. Really? Everything? Through The Hangover? Through gossip rags and celebrity tabloids? Through Lady Gaga? The very idea drove almost half of Van Sloten's members away. But he says of those ... 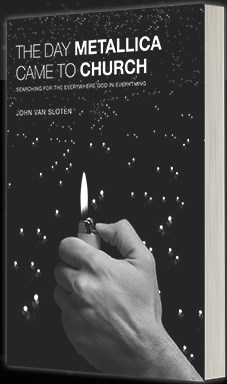