Communications officials for Cape Town 2010 say that malicious attacks were responsible for internet woes that kept global links from operating during the first three days of the congress.

An important part of the plans for Cape Town 2010 has always been global participation through the internet. Hundreds of sites have been established to download and show video of the congress; and people throughout the world are encouraged to follow the congress through the Lausanne Cape Town 2010 website. These plans were disrupted, apparently because an unknown malicious agent attacked the website. At the same time a virus was unleashed within the convention computers, which caused internet connections to slow or crash.

The internal virus has been eliminated, officials said, and the internet assaults defended against. So far the attacks have not been repeated. A press conference this afternoon will give further details. As of today, Cape Town 2010 officials said, congress materials are up to date on ... 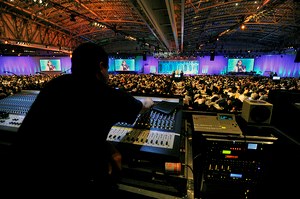