After 35 years as senior pastor of the Minnesota-based megachurch, Anderson will retire at the end of this year.
Sarah Pulliam Bailey|June 29, 2011 05:43 PM

Leith Anderson, the president of the National Association of Evangelicals (NAE), will step down as senior pastor of Wooddale Church at the end of this year.

Anderson, who will assume the title of pastor emeritus of the church in Eden Prairie, Minnesota, is author of many ministry books, including Leadership That Works and Dying for Change.

Anderson has led the NAE on two separate occasions. He is credited for saving the association from financial ruin during his 2001-2003 interim presidency. He also took over leadership of the organization after former president Ted Haggard resigned in November 2006. He also served as interim president of that Denver Seminary in 1999.

Wooddale, the church that GOP candidate Tim Pawlenty attends, is one of the largest in the Minneapolis area. 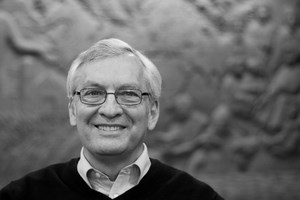