Why are there disasters like the events in Japan? Are they "natural" disasters or "supernatural" events caused by God? A recent poll finds that evangelicals are far more likely than other Americans to believe that God causes disasters and sometimes does so as punishment.

A majority of Americans believe that God controls everything in the world, according to the poll from Public Religion Research Institute, in partnership with Religion News Service, conducted the poll March 17-20, 2011. A vast majority of white evangelicals (84 percent) believe God is in control of everything, which is more than mainline Protestants (56 percent) or Catholics (52 percent).

Evangelicals are also far more likely than other religious groups to believe that God uses disasters to punish people or send signs. A majority of evangelicals (51 percent) believe that "God sometimes punishes nations for the sins of some of its citizens," Only one-fifth of mainline Protestants or Catholics hold this believe. 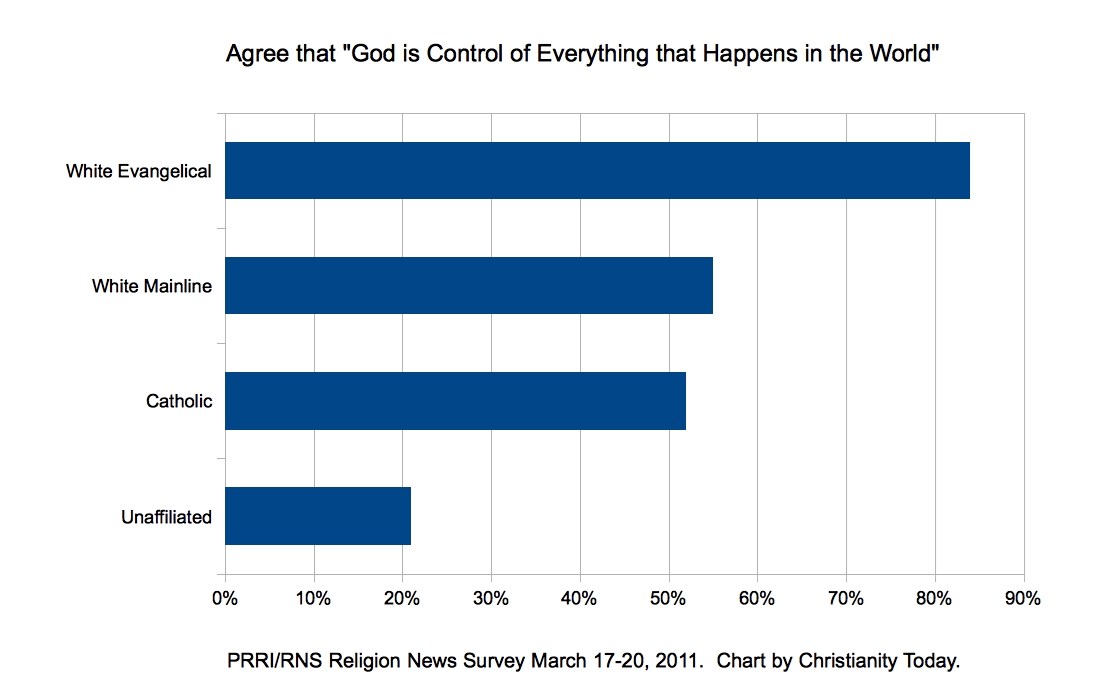