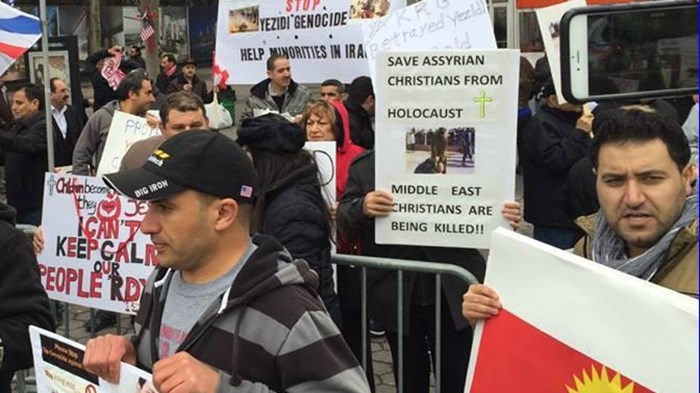 “ISIL systematically separated the men from the women and young children. The men were subsequently taken away to nearby ditches and summarily executed. The mission obtained credible reports about the rape of young girls, including nine and six year-olds. Thirteen teenage boys were sentenced to death for watching a football match. ISIL fighters pillaged and destroyed buildings in [Qaraqosh] including historic Christian cathedrals and churches.”

These five sentences are part of a new 8,400 word report that ISIL (also known as ISIS and IS) terrorists have committed war crimes and likely engaged in genocide, targeting Yazidis, Iraqi Christians, Turkmen, Sabea-Mandeans, Kaka’e, Kurds and Shi’a.

The United Nations Commission on Human Rights sent investigators into northern Iraq last year. They interviewed more than 100 survivors and produced one of the most comprehensive and authoritative pictures of life under barbaric conditions in northern Iraq since last summer. These ...