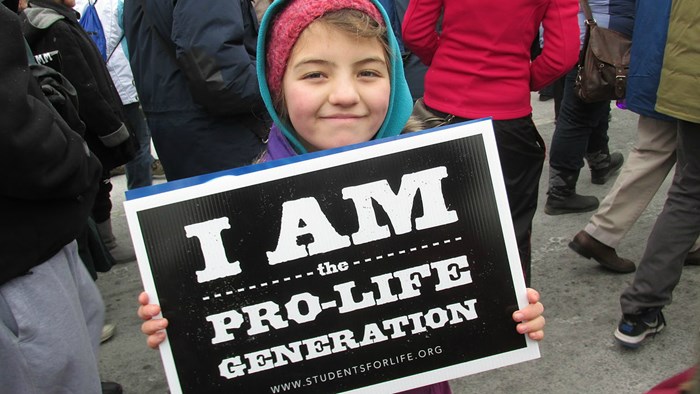 Image: Monica Elizabeth
The March for Life, the world's largest pro-life event, in 2016 will occur on January 22 in Washington, DC.

At least one secular nonprofit has been allowed to opt-out of the Obamacare birth control mandate.

A federal judge on August 31 ruled that the March for Life, a secular organization that stages the annual January Roe v. Wade protest in Washington, is exempt from offering artificial contraception as required under the Patient Protection and Affordable Care Act, widely known as Obamacare.

Federal officials argued that the March for Life did not qualify for an accommodation to the law because it is secular.

In his ruling (March for Life v. Burwell), Leon said that it is legally permissible to object to artificial contraception on moral, not just religious grounds.

“March for Life has been excised from the fold because it is not ‘religious.’ This is nothing short of regulatory favoritism,” Judge Leon wrote. “What HHS claims to be protecting is religious beliefs, when it actually is protecting a moral philosophy about the sanctity of human life.” Leon said the federal regulations for coverage of contraception violated the equal protection clause of the Constitution, the Religious Freedom Restoration Act, and the Administrative Procedure Act.

Pro-life leaders applauded the ruling, which is likely to be appealed.

“The government should not be allowed to force organizations like the March for Life to have health insurance with drugs and devices that can cause an abortion,” said March for Life President Jeanne Mancini.

“Pro-life organizations should not be forced into betraying the very values they were established to advance,” said Alliance Defending Freedom (ADF) senior legal counsel Matt Bowman. ADF filed the court case on behalf of March for Life.

Under Obamacare, the health insurance plans for most employers must offer at no cost or copayment 18 kinds of FDA-approved contraception from pills, to intrauterine devices (IUDs), to emergency contraception, such as ella or Plan B.

Employers have sought exemptions for many reasons, including religious objections to any form of artificial birth control and objections to emergency contraception due to the belief that these methods abort a human embryo before implantation.

But religious organizations, such as Christian colleges and universities, are still in court over coverage of emergency contraception and artificial birth control.

According to the Becket Fund, the contraception mandate has resulted in 56 court cases with 140 plaintiffs.

Critics of the ruling said March for Life is “framing” its objection to contraception by linking it to elective abortion.

“Anti-choicers are trying to chip away at all the means and methods women use to get contraception, hoping to make the price and hassle too much for women to overcome, said Slate blogger Amanda Marcotte.

March for Life said the exemption ruling is the first granted to an organization opposed to the birth control mandate for pro-life reasons based on science and moral convictions, not religion.

In 1974, the first March for Life occurred. In January 2015, an estimated 800,000 joined the march, which always concludes on the steps of the US Supreme Court.

CT past coverage of contraception and litigation about artificial birth control includes: