Priest among 16 killed during Mass at Bangui Catholic church which suffered a similar attack in May 2014.
Illia Djadi - World Watch Monitor|May 4, 2018 04:08 PM 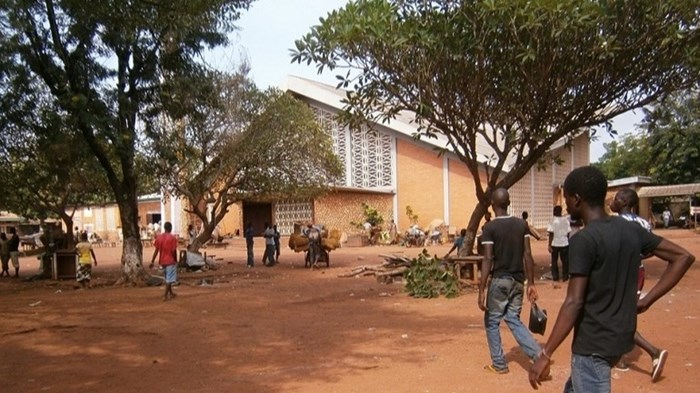 At least 24 people are feared killed and more than 100 injured following a fresh outbreak of violence in Bangui, the capital of the Central African Republic (CAR).

Until recent weeks, the capital had been considered a safe haven in the war-torn country: the only place the government is in control, with three-quarters of the landlocked nation occupied by armed groups.

But Tuesday’s attack, in which a Catholic priest was among 16 killed at one church, has shattered this sense of tranquillity. It brought back memories of the earliest days of the conflict, when Séléka rebels entered the capital in March 2013, and the failed attempt by self-defense militias (known as Anti-Balaka) to oust the rebels from the capital in December 2013.

In fact, the same Catholic church suffered a similar attack in May 2014, when a priest was among 18 killed. The CAR currently ranks No. 35 on Open Doors’s list of the 50 countries where it’s hardest to be a Christian.

On Tuesday, as President Faustin-Archange Touadéra and his government were attending the official May 1 ceremony marking International Workers Day on the capital’s Avenue of Martyrs, thousands of people from the Diocese of Bangui gathered for a Mass at Notre Dame de Fatima (Our Lady of Fatima) Church, for “oath-taking” on the occasion of the anniversary of St. Joseph.

Some officials, including Tina Touadéra, the First Lady, and Francis Bozizé, the son of ex-president Francois Bozizé (ousted by Séléka in March 2013), were among the attendees.

A number of priests from other parishes also attended, including Albert Toungoumalé-Baba, vicar of St. Mathias and chaplain of the Fraternité St. Joseph movement. He was the leading priest of the celebration.

It was about 10 a.m., just after the homily, when the first gunshots and grenades erupted in the compound of the parish, creating panic among the worshipers. Some of them managed to flee, but others were hit by bullets and grenades. 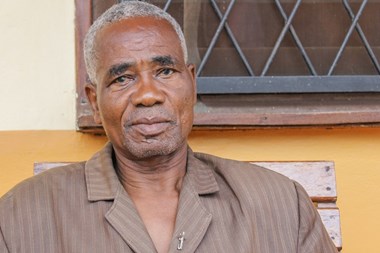 Toungoumalé-Baba, the lead priest, was fatally wounded along with 15 worshipers, while 100 more sustained various levels of injuries and were later admitted into hospitals across the capital.

Father Baba, 71, was known for his commitment to peace in the CAR. He had been deeply involved in resolving past crises, including mutinies in 1995 and 1996. At that time, he was secretary of the Commission for Justice and Peace of the Archdiocese of Bangui. He was later appointed vicar of St. Mathias parish, in the heart of the PK5, the capital’s predominantly Muslim district which is also its commercial hub.

Padre Moses, a parish priest at Notre Dame de Fatima, told World Watch Monitor (WWM) that he is grateful to God that he survived the shooting. He recalled the dramatic moment which turned the Tuesday Mass into the scene of a massacre.

He said the Mass had started at about 9 a.m. and that, an hour later, the first gunshots could be heard in the distance. As the assailants moved closer, security agents around the compound tried to repel them but they were outnumbered.

The assailants started shooting at people who were outside the church because the building was too small and could not contain all the attendees. They also threw hand grenades.

The assailants are said to be members of a militia group which has been sowing fear and sorrow in the PK5 neighborhood.

Cardinal Dieudonné Nzapalainga, archbishop of Bangui, condemned “energetically” and “bluntly” the attack on the Fatima church, as he returning from a trip abroad this week. 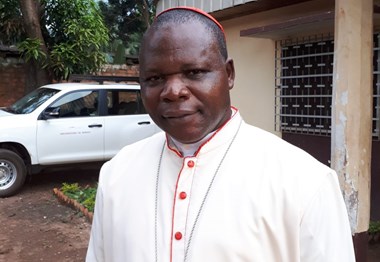 “I appeal to everyone so that we can have restraint, so that we can also have the self-control to avoid anger, to avoid hatred, revenge, reprisals,” said Nzapalainga in a May 2 statement.

The cardinal also denounced the spate of violence in Bangui: “Behind these events, I ask myself questions: What is happening? Have there been manipulations, exploitation? Is there a willingness to divide the country? Is there a hidden agenda? Let us look for answers to these questions together.”

He recalled the legacy of Barthelemy Boganda, a Catholic priest and leading politician of the country.

He said the CAR is the country of Boganda, the man who gathered all the peoples, all the tributes, all the regions, and who wanted the nation to be a model.

“For decades, what have we done with this country? Coups, mutinies, repeated rebellions,” he said. “The result is before us: We have deaths, looting, and destruction, and the latest dramatic events remind us that violence does not solve our problems.”

Nzapalainga also called on the government and MINUSCA (the UN Mission in CAR) to shed light on the attack, so “that we can know the truth and that justice is also done to the Central African population.”

An angry mob tried to transport the body of the killed priest to the nation’s president, but were dispersed by police. The procession passed through the Lakouanga neighbourhood, where a mosque was destroyed and two men were burned alive.

A local church leader told WWM that one of his church members was shot dead in front of his house. Earlier in the morning on May 2, another dead body was found around Notre Dame de Fatima parish.

The death toll has continued to rise as more deaths have been reported across the capital. According to the latest figures, 24 people have been killed and 170 injured.

In the wake of the church massacre, other religious and political leaders have called for calm and condemned the killings.

President Faustin-Archange Touadéra paid a visit to Nzapalainga at the Archdiocese of Bangui to offer his condolences.

The president condemned the violence and warned against attempts to portray it as an inter-religious clash.

“The people must not be manipulated. There are people against peace. They will not pass,” he said. “We will hunt down the perpetrators of this act.”

A nationwide mourning of three days, beginning May 3, was decreed. 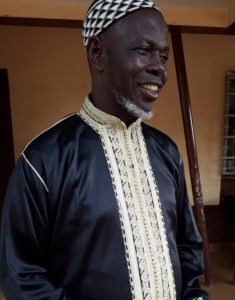 Imam Omar Kobine Layama, president of the Central African Islamic Council and member of the interfaith platform, condemned the act as one committed by “men without faith” and urged the authorities to stop “those criminals” who think they are above the law.

Almost exactly four years ago, in May 2014, the parish of Notre Dame de Fatima suffered a bloody assault as Séléka rebel fighters assaulted the church with grenades and gunfire, killing at least 18 people including a 76-year-old priest, Paul-Emile Nzalé, as WWM reported.

Many others were wounded or kidnapped; more than 30 were later found dead.

At the time of the attack, Notre Dame de Fatima was hosting 9,000 internally displaced people (IDPs), including more than 2,000 who had moved there only a week earlier to escape from a recent rise in insecurity in nearby neighborhoods. Others had been staying there since December 2013.

WWM learned that the latest Tuesday attack could have been prevented. A day before, there were rumours of an impending attack, to the point where some organizers suggested the ceremony should be relocated elsewhere. But it was decided to keep the celebration at Notre Dame de Fatima, arguing that nothing would happen because it was just a religious ceremony and that security would be assured because several important figures were expected.

Jean, 20, was shot in the stomach. “It was around 10 a.m., just after the homily, when the faithful began running all around, shouting, ‘The Séléka are here to kill us,’” he said.

“In the panic, I was hit by a bullet, and I collapsed. I do not remember what happened next. I later found myself here in the hospital.”

Joseph, 28, was shot in the left arm. “After the homily, we heard a young man who was selling water shouting, ‘The Séléka are there; they have weapons,’” he said. Security forces who were on the scene also warned them to take cover.

“Some of the Séléka climbed into the trees and started shooting. They said, ‘We are going to kill you all.’ I was trying to escape when I was hit by a bullet. I fell down, and I played dead while the shooting continued, in all directions. It was the MINUSCA who drove me here to the hospital. I thank God for keeping my life safe.”

Bienvenue, 40, was in charge of a group 50 young men from his parish of St. Antoine de Padoue. He said that when the police gave the alert, they could not go out through the main entrance, which was already occupied by Séléka, and that some of them were shooting from the trees.

“We had to break the wall on the south side of the compound to escape,” he said. “That’s how I was hurt by the wire. There were many deaths and injured. I do not know what happened to the young men I took there.”

CT previously reported how the surge in Christian-Muslim strife in the CAR was stirring fears of genocide after a successful Islamist coup that saw churches ransacked in 2013. Evangelical leaders later pledged action in March 2014 against Christians who didn’t pursue peace. Pope Francis visited Bangui’s evangelical seminary in December 2015 to discuss the “ecumenism of blood.”