The latest abuse investigations have rattled non-Catholics’ perceptions more than Catholics themselves, according to survey data.
Kate Shellnutt|October 3, 2018 01:02 PM 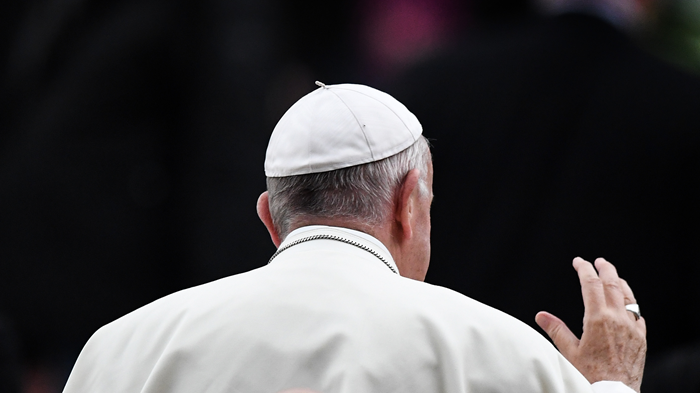 American Catholics have been so unsettled by the wave of allegations of decades-old sexual abuse and cover-ups spanning dioceses in Pennsylvania, New York, Ohio, and across the country that the most vocal critics have called for Pope Francis’ resignation.

Their evangelical neighbors, some once enraptured by the popular pope, are also disappointed. According to two recent reports, white evangelical Protestants’ views of Pope Francis and the clergy have fallen even more than Catholics’ after the latest investigations into abuse by priests.

Evangelicals’ approval of Francis dropped more than twice as much as Catholics’ this year, according to a Pew Research Center survey released Tuesday.

Just 32 percent of white evangelicals rated the pope favorably last month, down from 52 percent in January, the most dramatic decline among religious groups.

His favorability among US Catholics fell from 84 percent to 72 percent during the same period. Pew also saw declines among white mainline Protestants (67% to 48%) and the unaffiliated (58% to 53%). 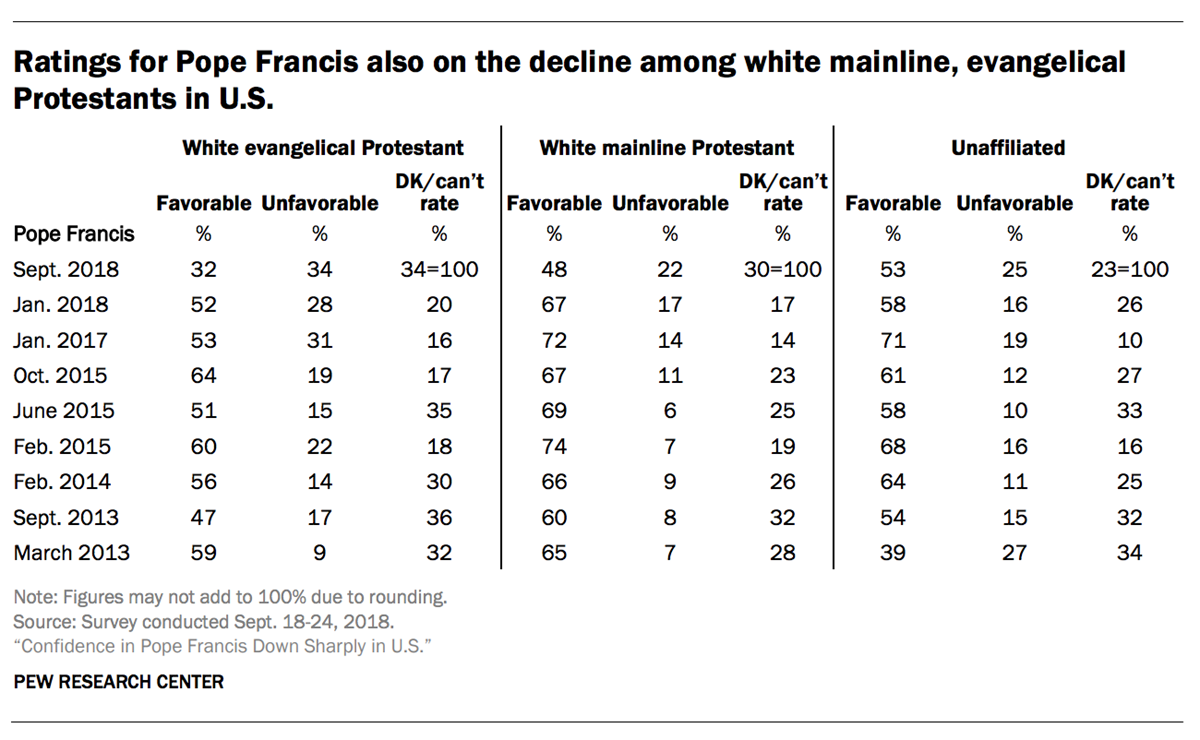 Francis now has his lowest approval rating—51 percent of American adults—since he assumed the papacy in 2013.

A Gallup poll last month also found that the latest allegations have damaged views of Francis among those outside the Catholic Church more than those inside it.

Catholic approval of Francis remained relatively steady around 79 percent, according to Gallup, while his favorability among non-Catholics and Americans overall dropped by at least 10 percentage points between August and September (from 63% to 45% and 66% to 53%, respectively). 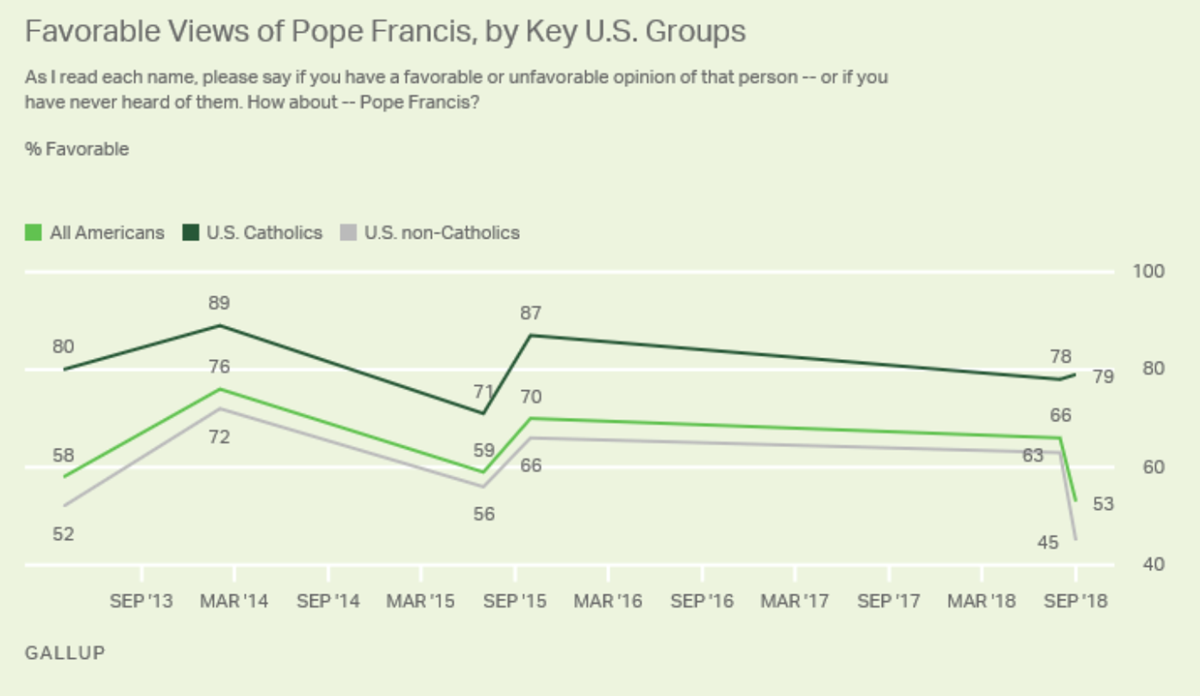 Further, Gallup reported that Protestants have come to adopt a grimmer view of the church than Catholics.

About half of Catholics give clergy high marks for honesty and ethics, and a similar proportion express confidence in the church itself (an amount that hasn’t varied much over the years), Gallup noted in August 2018. However, Protestants’ views of clergy ethics have dropped twice as much as Catholics over the past decade-plus.

“We don't know exactly why Protestants have become more negative than Catholics when asked about the honesty and ethics of the clergy,” the researchers said.

“It may be that Catholics are remaining loyal and defensive about criticism of their clergy, while Protestants assume the question is being asked about Catholic clergy and are more willing to be critical.”

Francis famously appealed to Christians beyond Catholicism, with evangelicals in particular warming up to him (as CT noted in a 2014 cover story). He had been credited with bringing a model of humility and compassion to the Catholic Church’s highest office and spurring prayer and Bible-reading among the faithful.

But more and more, the popular pope has had to address the unfolding allegations, ultimately admitting that the Vatican had not done enough to quell decades of clergy abuse.

In a letter released in August, Francis said, “With shame and repentance, we acknowledge as an ecclesial community that we were not where we should have been, that we did not act in a timely manner, realizing the magnitude and the gravity of the damage done to so many lives. We showed no care for the little ones; we abandoned them.”