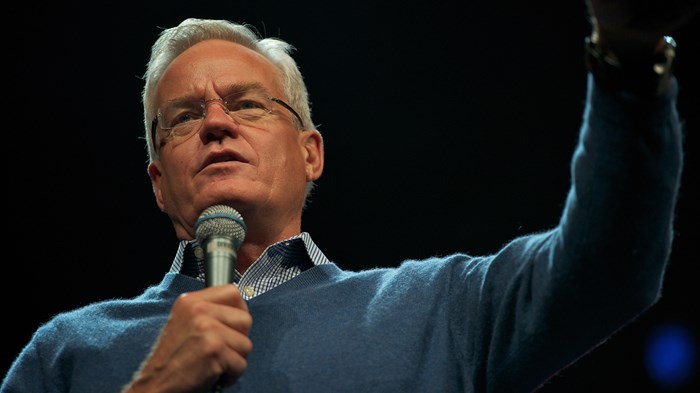 Today Willow Creek Community Church (WCCC) and the Willow Creek Association (WCA) announced who will lead the promised investigation of the numerous allegations against Bill Hybels that led to the early retirement of the founding pastor and the resignation of his heirs and elders.

The other two members are Margaret Diddams, provost of Wheaton College and a professor of psychology, and Gary Walter, past president of the Evangelical Covenant Church in Chicago, Illinois.

Members for the group were nominated by evangelical leaders outside of both the church and the association, which jointly stated:

The IAG will work autonomously. WCCC and WCA have pledged their full cooperation, but neither will be represented on the IAG nor party to the group’s work except for providing information as requested.

The advisory group “has decided to decline press inquiries and interviews while they complete their review and develop their recommendations.” Its members “hope to complete their work in early 2019.”

Willow has also posted an FAQ that explains, among other matters, that the church is not paying Hybels’s legal fees, faces no lawsuits, and has made no financial cuts yet. It notes:

“Why are we having an investigation into the women’s stories?”

We want to pursue truth however we can, and we specifically want to make things right with the women and the others who have been hurt. Ultimately, we want to lay the foundation for a new and better Willow that honors God in all dimensions, whatever that looks like.

Funding the investigation is an anonymous donor “not connected to Bill, Willow Creek, or those who made allegations in order to avoid bias,” stated Willow. “The donor will have no influence or involvement in the investigation, and the funds will be deposited by the donor into an account maintained by a third-party organization.”

“We acknowledge that rebuilding trust takes time,” stated the church, “and our heart is to take many steps to demonstrate an openness and desire for transparency.”

One of Hybels’s heirs, Steve Carter, explained to Religion News Service today why he quit last month. (He’s even written a book about it, releasing in November.)

CT’s Quick to Listen podcast assessed why the Hybels saga isn’t just another pastor sex scandal, while CT editor in chief Mark Galli editorialized on how true loyalty can heal the historic congregation.