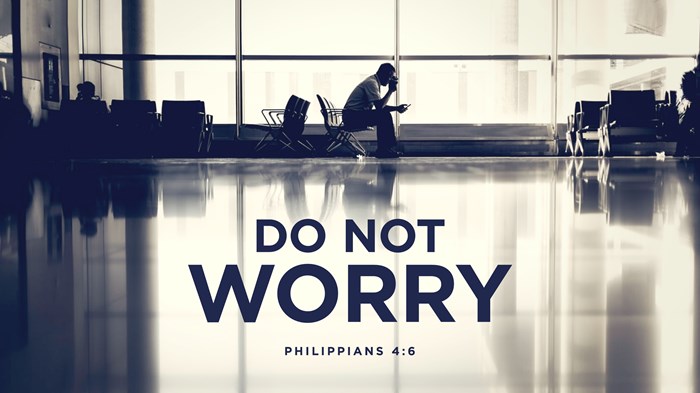 For the third year in a row, YouVersion users clung to exhortations against worry more than any other verses in the Bible.

In 2019 YouVersion users read 35.6 billion chapters and listened to 5.6 billion chapters through its online and mobile Bible app. In all of this reading, Paul’s advice in Philippians 4:6 was the most shared, highlighted, and bookmarked verse of the year: “Don’t worry about anything; instead, pray about everything. Tell God what you need, and thank him for all he has done.”

“We’re encouraged to see so many people turning to the Bible in response to their worries, remembering what God has done in their lives, and choosing to trust in his faithfulness,” said Bobby Gruenewald, pastor and innovation leader for Life.Church and YouVersion founder.

CT previously reported on some of the issues white evangelicals say they worry about, according to a Pew Research Center survey: undergoing a personal health crisis (75%), being able to pay their bills (67%), or being the victim of a home invasion (72%) or terrorist attack (66%).

For Bible Gateway users, the most popular verse of 2019 was a traditional favorite, John 3:16: “For God so loved the world that he gave his one and only Son, that whoever believes in him shall not perish but have eternal life.” Jesus’ well-known summary of the gospel alternates with the oft-misunderstood Jeremiah 29:11 as the most-searched verse of the year on Bible Gateway’s website and app.

Jonathan Petersen, content manager for Bible Gateway, said the reason these verses remain so popular with Bible Gateway users is how frequently the verses come up in conversations, sermons, and even from the mouths of celebrities.

“We believe the continual high ranking of these verses reflects the hope and encouragement needed by everyone around the world, and we’re honored to be able to bring the Word of God wherever it’s needed,” he said.

The site receives visitors from over 200 countries and offers 200 versions of the Bible in 70 languages. Most visits to Bible Gateway come from the United States, Great Britain, Mexico, Canada, and Colombia. The countries where visits to Bible Gateway increased the most in 2019 were Morocco (376%), Isle of Man (128%) Dominica (59%), Comoros (59%), the British Virgin Islands (56%), and Vatican City (37%).

Eleven years after its inception, YouVersion Bible App continues its worldwide expansion. Use of the app grew by nearly 50 million unique installs in 2019, a 30 percent increase over 2018, with most of the new users located outside the U.S.

In total YouVersion has had 400 million unique downloads worldwide. Countries that saw the greatest increase in usage were Algeria, Chad, and Poland. Compared with 2018, Bible engagement increased in Algeria by 261 percent, despite the Algerian government’s recent crackdown on churches. Users in Chad and Poland increased their Bible engagement by 116 percent and 75 percent, respectively. 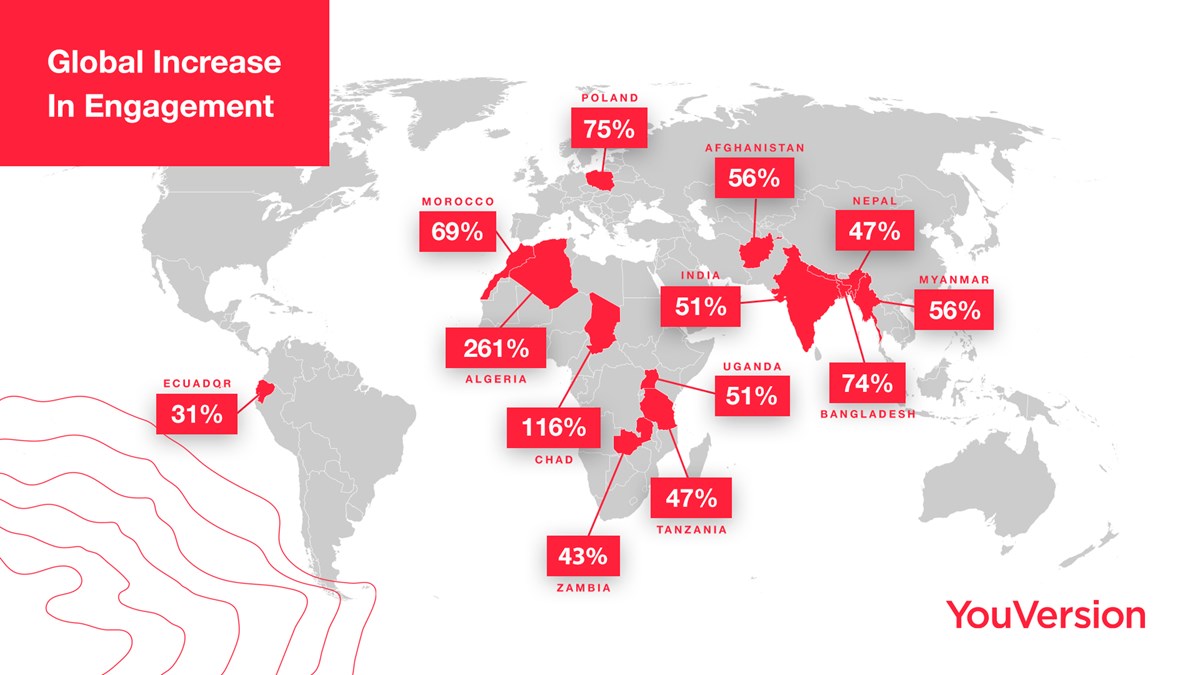 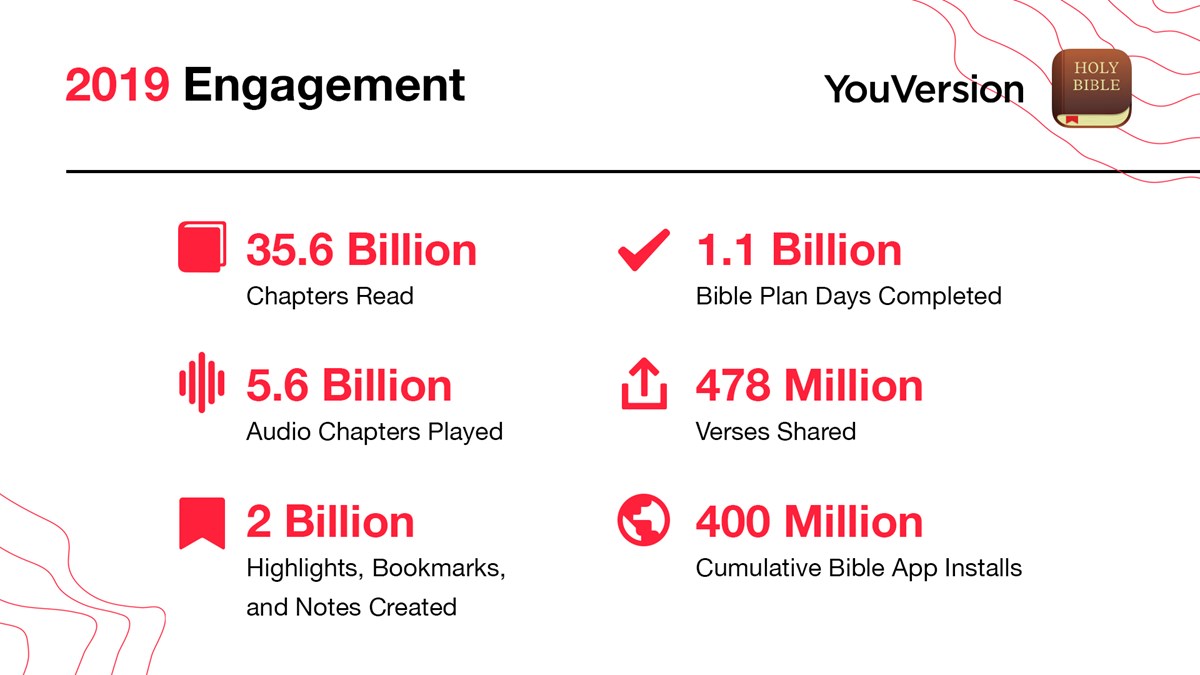 YouVersion provides readers with 2,013 Bible versions in 1,343 Languages, including 527 Audio Bibles in 417 languages.

The following countries showed the greatest increase in Bible engagement during 2019, according to YouVersion:

In the US, the American Bible Society’s 2019 State of the Bible survey conducted by Barna shows that Bible engagement has increased slightly, but that over a third of adults now say they never turn to the Bible, up 10 percentage points from 2011 (25%).