The 47-year-old organization sticks with the broader movement’s mission but not its name.
Kate Shellnutt|September 15, 2020 12:00 PM 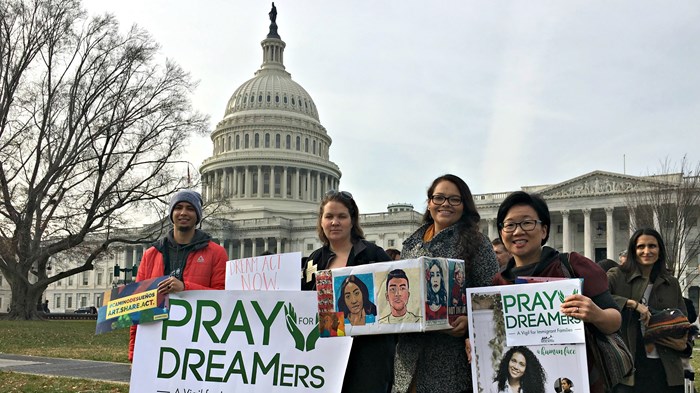 Evangelicals for Social Action, the justice-focused group founded by Ron Sider, has called itself “a different kind of evangelical.” As of today, it’s the kind that doesn’t call itself evangelical.

After nearly 50 years, the organization has changed its name to Christians for Social Action, becoming the latest and most prominent example of a move away from the “evangelical” label in the US.

Executive director Nikki Toyama-Szeto cited the shift in identity among the younger, more racially diverse generation of leaders as well as examples of how the historic name had begun to distract from its work.

“Honestly, the name change is an act in hospitality. In some ways, it reflects a change in our audience of what they’re calling themselves. Our audience is still evangelical, it’s post-evangelical, and it’s evangelical-adjacent,” said Toyama-Szeto, who has led the ministry since 2017. “When you have a name like ‘Evangelicals for Social Action,’ you’re limiting yourself to those who self-describe.”

Because of growing political baggage around the name, that pool has become narrower. Plenty of people believe in the core convictions of the faith—and are motivated by them to pursue justice—without calling themselves evangelical anymore.

The election of President Donald Trump, who embraced his white evangelical backing, represents an inflection point for evangelical identity in the US. Fifteen percent of those who considered themselves “evangelical” or “born again” in 2016 had stopped using either label by the following year, according to one voter survey, even though the overall number of evangelicals had held steady.

Princeton University’s longstanding evangelical student ministry dropped the name in 2017, saying it’s “increasingly either confusing, or unknown, or misunderstood to students,” and a growing number of Christian colleges, churches, and charities have been forced to think strategically about when and how to employ their evangelical identity.

“With the current roiling semantics over the world ‘evangelical,’ [Evangelicals for Social Action’s former name] can lead to confusion over what this organization is or isn’t affirming,” said Mark Labberton.

The Fuller Theological Seminary president edited the 2018 book Still Evangelical?and wrote about how the term evolved into a “theo-political brand.” In a statement, he said the group’s name change made sense and offered more clarity.

“Evangelical” carried a political connotation beyond the work of the organization, which focuses on issues like racial justice, poverty, immigration, political engagement, LGBT dialogue, and the environment.

“Having the name has been distracting in our partnership conversations and in our bridge-building within the Christian realm,” said Toyama-Szeto.

What was once a provocative label drawing attention to the fact that evangelicals indeed stood up for justice causes has in recent years become a complicating factor. She recalled how a black church leader got pushback for supporting a group with evangelical in its name.

For Toyama-Szeto, the decision to change the name to Christians for Social Action—made after months of prayer, discernment, and discussion—does not represent a rejection of evangelicalism or its evangelical partners. The organization remains committed to a high view of Scripture and bearing witness to the gospel, she said.

Instead, the new name offers a chance for the group to focus and work more effectively on their cause and calling around faith-fueled justice work.

She brought up a question that came up in their discussion, one that others might consider as they wrestle with their own evangelical names or identity statements: What was the invitation from God to their organization?

“I think for some it will be to stand and bear witness to a rich history of church tradition and to stir the imagination” to show what evangelical really means, said Toyama-Szeto. “For us, we felt like if we did that, it would be the one conversation we had with everyone. We were wrestling with, ‘Is that the justice conversation God has for us?’ It felt like overwhelmingly, that was not our invitation.”

Evangelicals for Social Action grew out of the 1973 Chicago Declaration of Evangelical Social Concern, which “challenged evangelicals to emphasize social sins and institutionalized evils as vigorously as they do personal sins.”

For the past 30 years, Evangelicals for Social Action has been headquartered at Eastern University, which is affiliated with the mainline American Baptist Churches USA and the Council for Christian Colleges & Universities. 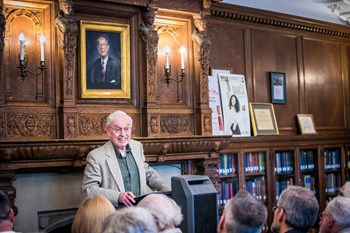 Even Sider, the organization’s founder and president emeritus, stood by the evangelical label in the weeks after Trump’s election.

In a piece for CT, he argued that the history of the term overcame any modern qualms and was worth clinging to.

“Popular media learned … that evangelical has often meant unjust and unbiblical,” said the author of Rich Christians in an Age of Hunger. “Over time, we can help the larger society come to a better understanding of what an evangelical is.”

But he also wrote then that Christians must focus first on “faithfulness to Jesus and the Scriptures, not some label,” and has come around in the past four years to believe it’s time for a change. “It was the right name—for a time. But the social environment is so different,” Sider says now.

The question, “Can you be evangelical without calling yourself evangelical?” isn’t uncommon these days. Fellow Christians, organizations, and churches have also had to grapple with the changing social environment where “evangelical,” in some circles, has lost its reputation as a robust, wide-reaching missional movement.

About a quarter of Americans are evangelical Protestants, according to Pew Research. People of color and young people in particular have increasingly grown uncomfortable identifying with a movement some assume is exclusively white, Republican, and fundamentalist. Questions continued to stir around how to define evangelicals and, if evangelicals were not going to use that term, how else they might signal their belief.

From sociologists and historians to ministry leaders, plenty of Christians are discussing those questions in public and working hard to bring evangelicals together—perhaps none as much as the National Association of Evangelicals (NAE), which represents more than 40 denominations and is now led by an Asian American president and African American board chair.

“Some who hold evangelical beliefs may distance themselves from the name due to cultural misunderstanding and confusion. Others may find the term provides an opportunity to explain what ‘evangelical’ means and to share the good news with others,” said Walter Kim, NAE president. “How people identify themselves or their organizations is not theimportant thing. What is important is believing in Jesus Christ as Savior and Lord, taking the Bible seriously and serving him in word and deed.”

Toyama-Szeto said she continues to support the work of the NAE and others working diligently to reclaim the evangelical label.

Through Christians for Social Action, she will let her work define what kind of Christian she is. “In this day and age,” she said, “justice is one of the ways you testify to the character of God.”