UPDATE: Mark Dever’s church has its legal fees covered in the latest legal victory among congregations who sued over worship service limits during lockdown.
Kate Shellnutt|July 11, 2021 09:00 AM 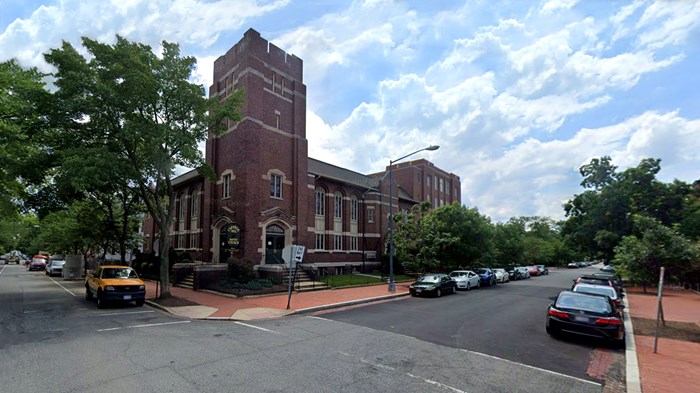 Capitol Hill Baptist Church has settled a lawsuit with the District of Columbia over claims that its coronavirus restrictions violated the First Amendment by barring outdoor worship but permitting other outdoor activities.

According to The Washington Post, DC agreed last week to pay $220,000 to Capitol Hill Baptist to cover its legal fees and stated that officials “will not enforce any current or future covid-19 restrictions to prohibit CHBC from gathering as one congregation.” The settlement said it was not an admission of wrongdoing by the city.

Capitol Hill Baptist, led by 9Marks founder Mark Dever, was the first to sue over the District’s restrictions, following multiple attempts to secure a waiver from citywide restrictions, which didn’t permit church services of over 100 people, even if outside, masked, and socially distanced.

Dever’s church based its request on its belief that the Bible calls churches to gather as one assembly—not in multiple services, multiple sites, or online. During the restrictions, it crossed state lines to gather outdoors in Virginia.

“Ultimately, the church is not something we want to be in as a building,” said Dever in a clip from spring 2020. “It’s a people we want to be with. That’s why we Christians always gather, so that we can be with the people of God and do the things that Jesus has called us to do.”

The church’s legal case initially resulted an injunction allowing congregants to return to worship in October 2020, months before all capacity limits were lifted in DC in spring 2021.

Churches in other states have also won settlements over similar First Amendment claims. California will pay $2 million to cover legal fees for a San Diego–area Pentecostal church and a Catholic priest who sued after the state allowed businesses but not churches to reopen.

Update (October 10): Capitol Hill Baptist Church can return to gathering in Washington, DC, for the first time since coronavirus restrictions were put in place, thanks to a recent court decision.

On Friday, the US Court for the District of Columbia granted the church a preliminary injunction, allowing it to resume meeting—outdoors, socially distanced, and in crowds over 100—during the pandemic.

Capitol Hill Baptist had filed a lawsuit last month after the DC mayor’s office declined to offer the congregation an exemption to public health restrictions. The church argued that city policy violated its First Amendment rights.

The court decided that online alternatives to corporate worship were not sufficient to ensure free exercise of religion in a case where the church upheld a sincere belief in gathering together.

Led by 9Marks founder Mark Dever, Capitol Hill Baptist upholds a belief in the church as a single assembly and has deliberately avoided multisite, multiservice, or online worship as a result. The mayor of DC has repeatedly told churches that they could continue to meet virtually.

“The District may think that its proposed alternatives are sensible substitutes. And for many churches they may be. But ‘it is not for [the District] to say that [the Church’s] religious belief’ about the need to meet together as one corporal body ‘are mistaken or insubstantial.’”

Since June, Capitol Hill Baptist has met in a field adjacent to a fellow Baptist church in Virginia. As a result of the injunction, the church is making plans to move to outdoor venues in the District, where a majority of its members live.

Pastor Justin Sok reiterated the church’s beliefs in a statement released Saturday. “A church is not a building that can be opened or closed. A church is not an event to be watched,” he said. “A church is a community that gathers regularly, and we are thankful that such communities are once again being treated fairly by our government.”

Department of Justice officials and dozens of US Senators had backed Capitol Hill Baptist in the suit.

Jonathan Leeman, author of the book One Assembly, wrote for CT about how officials like the DC mayor should not be able to impose their definition of church on communities who believe otherwise.

The judge made a similar point when he referenced Hebrews 10:25 in his decision on Capitol Hill Baptist’s behalf, stating, “It is for the Church, not the District or this Court, to define for itself the meaning of ‘not forsaking the assembling of ourselves together.’”

The injunction applies to Capitol Hill Baptist in particular, but the church hopes it will “be a blessing not only to our congregation but to the rest of our neighbors in DC.”

The court decision suggests that Capitol Hill Baptist has a strong case for a future ruling under the Religious Freedom Restoration Act.

“The Church has shown that it is likely to succeed in proving that the District’s actions impose a substantial burden on its exercise of religion,” the judge said. “For its part, the District has not shown that it is likely to prove a compelling interest in prohibiting the Church from holding outdoor worship services with appropriate precautions, or that its restrictions are the least restrictive means available to achieve its public health objectives.”

The move by Capitol Hill Baptist—a 1,000-person congregation led by Mark Dever, the founder of the 9Marks church network—resembles arguments for equal treatment and First Amendment rights launched by churches in Nevada and California amid COVID-19 shutdowns. However, the DC congregation’s legal fight is uniquely tied to its theological beliefs around how a church should gather.

Dever has long resisted multi-site, multi-service models of church, though they are very popular among fellow Southern Baptists. The DC Baptist church does not stream services online, and hasn’t made an exception to that rule during the pandemic.

As noted in the lawsuit filed Tuesday, “Gathering as one church in a single worship service is an essential component of [Capitol Hill Baptist]’s exercise of religion.”

In the current phase, the District’s coronavirus precautions limit socially distanced indoor or outdoor gatherings to 100 people or half of a building’s capacity, whichever is fewer.

The city has, however, let non-religious groups gather far beyond the COVID-19 limits. The suit points out that the mayor allowed outdoor rallies that numbered in the thousands over the summer and even attended some of these events.

The church supports the mayor’s participation, but argues that religious gatherings should not be treated differently. According to the lawsuit, “the First Amendment protects both mass protests and religious worship.”

Capitol Hill Baptist canceled services from mid-March through early June. At that point it began meeting in a field beside a fellow Baptist congregation in Virginia.

“I might not be feeling as compliant as I am if Virginia weren’t just across the river with all their freedoms,” Dever said in late June, discussing the decision by John MacArthur to defy California’s restrictions. “We’ve been able to have hundreds of our members gather legally, and we’ve done it with social distancing—which I think the governor of Virginia is requesting—and with masks—which I don’t think is in the rules but we’re doing it anyway for an abundance of caution.”

Now the church wants the option to meet in outdoor venues in DC, the Post reported. The mayor’s office has not yet responded to a request sent by CT for comment on the lawsuit.

On Tuesday, Capitol Hill Baptist, which has not publicly addressed the suit, posted a clip about the importance of church gatherings.

“Ultimately, the church is not something we want to be in as a building,” said Dever, speaking from the empty sanctuary back in the spring. “It’s a people we want to be with. That’s why we Christians always gather, so that we can be with the people of God and do the things that Jesus has called us to do.”

Located just blocks from the US Capitol and Supreme Court in DC, Capitol Hill Baptist submitted a request for a waiver to the requirements in June and again in September, citing its theological convictions requiring in-person assembly, but the mayor’s office didn’t respond.

As legal scholars Thomas Berg and Shawna Kosel wrote for CT earlier in the pandemic:

… cities nationwide permitted large, crowded protests, complete with chanting and singing, exceeding the limits that COVID orders generally place on “mass gatherings,” The protests’ message challenging racism and police brutality is crucial—and often religious. But regulation must rest on the activity’s riskiness, not on the content of its message.

Admittedly, the protests were outside, and their grassroots nature would’ve made stopping them impossible. But congregations have already begun to argue that declining to enforce health rules strictly to stop protests means you cannot invoke them strictly to stop worship.

Besides guidance for socially distanced gatherings with fewer than 100 people, DC encourages churches to “continue providing virtual services as everyone is safer at home.”

On top of 9 Marks of a Healthy Church, the book from which the ministry gets its name, Dever is the author of a stack of books about church life: The Deliberate Church, The Compelling Community, What Is a Healthy Church?, and The Church: The Gospel Made Visible, where he writes that a “biblically ordered church regularly gathers the whole congregation” because “without regularly meeting together, it ceases to be a biblically ordered church.”