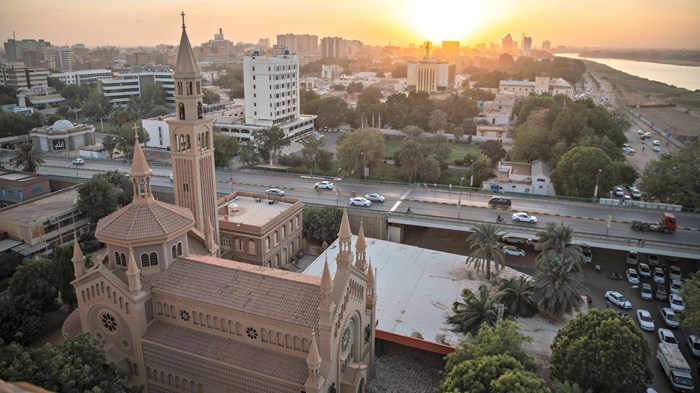 Sudan has taken another step toward religious freedom.

This time, it is a confirmation.

On Sunday, the joint military-civilian Sovereign Council signed a peace agreement with the rebel Sudan People’s Liberation Movement-North (SPLM-N), based in the Nuba Mountains, where there is a significant Christian population.

“Freedom of belief and religious practices and worship shall be guaranteed to all Sudanese people,” stated the Declaration of Principles, “by separating the identities of culture, religion, ethnicity, and religion from the state.”

Prior to the revolution which overthrew 30-year dictator Omar al-Bashir in April 2019, Sudan was governed by sharia law. It also imposed an Arab identity on its multiethnic population, contributing to longstanding conflict in Darfur.

Three other armed groups signed a peace deal last September. In February, these were integrated into an expanded Sovereign Council and afforded places in the still to be formed parliament.

Abdelaziz al-Hilu, leader of the SPLM-N, refused to join without a religious freedom guarantee. But he did commit himself to peace, and won a promise from the civilian prime minister, Abdullah Hamdok, that Sudan’s constitution would separate religion and state.

The three rebel factions, however, signed their agreements with General Abdel Fattah al-Burhan, head of the Sovereign Council.

“This is an excellent step forward for comprehensive peace in the country,” said Ezekiel Kondo, Anglican archbishop of Sudan. “And of religious freedom, having the general [Burhan] sign is confirmation.”

Kondo previously told CT that Sudan merits only a 5 out of 10 score on religious freedom. He called on the SLA’s el-Nur to join peace negotiations.

Sudan’s population of 45 million is roughly 91 percent Muslim and 6 percent Christian. Open Doors ranks Sudan at No. 13 among the 50 nations where it is hardest to be a Christian.

Things are improving, however. Last year, Sudan ranked No. 7 on the Open Doors watch list. And in December, the US State Department removed Sudan from its Special Watch List of governments that have “engaged in or tolerated ‘severe violations of religious freedom.’”

Earlier that year, Sudan dropped the death penalty for apostasy. It then agreed to normalize relations with Israel—a controversial move among many Muslims, but favored by Christians.

“The situation of the church in Sudan is actually getting better than before,” he said. “It will be better still after this agreement.”

But not all Sudanese are certain.

“It sounds very good,” said Noha Kassa, a deacon at Bahri Evangelical Church in Khartoum. “But as always, we want to see implementation, not just words on paper.”

She signaled only half confidence that the religious freedom pledge would hold. Sudan has been unstable since the revolution, the economy is poor, and old regime Islamists are still numerous.

There could be a counter-revolution.

But setting this possibility aside, Kassa is optimistic. Since her COVID-19 evacuation to Sudan from seminary studies in Lebanon, she has experienced a Sudan that is now accepting of all its components.

Christmas is celebrated in the streets.

And Muslims are coming to church, free to inquire—and take pictures.

The current transitional Sovereign Council is scheduled to cede power in 2022. Kassa is uncertain about the path of democratic change, but as long as the vote is free and fair, she is strongly optimistic that religious freedom will hold.

The youth drove the revolution, and they want a free Sudan.