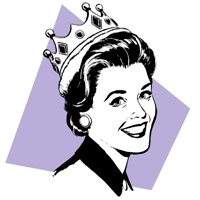 There are a lot of things about God and Christianity that are a worthwhile debate, but the fact that we all sin is typically not one of them. I have never met a person so brave as to say he was perfect, but I have met a lot of people who think they are good people.

On a core level, are we really as "good" as we think we are? Despite my impressive script performance, I've rarely felt deep, deep in my bones as though I'm a truly good person. I didn't perceive myself as being as bad as others, and I worked to maintain the respect of people with my external behavior, but I always knew, even on my best day, how far from good I really was. There has always been a dichotomy inside of me.

A person can learn the right behavior for any character quality. Though some of my behavior came from a pretty sincere place, the truth has always been that without God's intervention, I am selfish and prideful every minute of every day. I care what others think because deep down I want to be seen as great—I want to matter. I find it impossible to forgive; to truly be able to forgive people who hurt us must be one of God's greatest miracles. And I belittle the God of the universe by worrying as if he is not really in control. Inside, my soul seems prone to slant toward every quality I would never want to possess. I live assuming I am not alone in these weaknesses. Mostly because I know a lot of people.

I've always thought the epic war in our universe was pretty simple— good versus bad. But if you read about the war in the Bible, it was always more complicated than that, even from day one. Adam and Eve chose evil, but then they found themselves in a place without church or Bibles or pressure from their priest. On their own intuition, they ran from God and tried to cover themselves and their shame with fig leaves (Gen. 3). These were leaves of pretending, the same leaves we call religion or perhaps morality or maybe being good. They tried to cover up just how bad they were.

I've done this. I do this. I impress the world with passionate, visible morality while avoiding God altogether. There is something to humility that is costly…something resembling humiliation…an outright declaration of the wreck we are without God rather than composing a beautiful existence that barely needs a savior.