You don’t need another program; you need a person 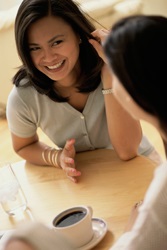 I recently watched a movie called Chasing Mavericks. It was about a young man who wanted to surf one of the biggest waves in the world. He approached an experienced surfer in his town to coach him. The coach told him he would need to secure four pillars in his life. The first was physical. He would need to develop the strength to paddle a surf board across the California bay. The second pillar was mental. He would need to observe details because the winds and waves could change in seconds and he would need to change accordingly. The third pillar was emotional. If he hid any fears in his heart, he would need to deal with them. The coach said when a wave crashes on a surfer's head, there is no question he will be afraid. The question is what he does when he's afraid. He must learn to keep going in spite of his fear. And the fourth pillar was spiritual. He needed to settle whether this was his purpose, and only God could settle that with him.

Months later, the young man found the coach in a crisis. The coach had lost his wife suddenly and had trouble recovering from the loss. So he headed off into the ocean with his surfboard. The young man went to look for him and found him in the middle of the waters, drifting into nothingness. The young man said, "What happened to your four pillars?"

The coach said, "They aren't working for me."

The young man then said, "Then you must find a fifth."

"What is the fifth?" the coach asked.

The young man said, "Me." He then led the coach back to shore.

When I heard those lines, I realized that I had spent years studying God's Word. I even graduated at the top of my class in seminary. I had spent years teaching God's Word to others. But I had experienced periods in my life when everything I studied and taught others could not get me through my own despair. I had an empty place in my heart from the losses of my formative years. What I needed personally was a fifth pillar, and God sent me one in the form of my spiritual mentor. She served as Jesus in the flesh to me and poured God's love into me. She walked beside me and prayed for me and loved me unconditionally. She gave me the courage to emerge as a leader for God.

Growing up in Hong Kong, my mother put the fear of failure in me. She placed all her hopes in me and counted on my academic excellence to help the family immigrate to the free land of America. She knew the family didn't have the economic means to send me to school abroad, so our exit plan totally depended on my ability to win a full scholarship. Once I had an acceptance letter with a full scholarship, I could apply to U.S. immigration to exit the country on a student visa.

To prepare me for this daunting challenge, my mother began brainwashing me at a young age. Her message was "Come in first and you will have no competition." So when I came home with a 98 her response was, "What happened to the other two points?" I lived my entire formative years feeling like I had fallen short of perfection. Nothing was ever good enough. The only mode of operation was to try harder and to work harder.

When I read in the Bible that God's banner over us is love, the concept felt very foreign to me. I had lived under the banner of never measuring up. So all my life, I felt the weight of condemnation. Before I knew it, I found my security in my ability to work hard. I was convinced I could outwork anyone. When God called me to serve him in ministry, I was convinced God chose me because he could count on me to work. I didn't realize that I had put my confidence in my performance rather than in him.

It was a shock to discover that God wasn't impressed with me or with what I could accomplish through human effort. I had yet to discover what my spiritual mentor learned many years before me. She was diagnosed with a heart problem and as a result, learned to depend on God. She lived one day at a time and expected God's grace to be sufficient for each day. When I worried about the future, she would say, "Do you think God's success depends on you?" Her question floored me. What did she mean?

In my mind I thought, "If God sent me to solve a problem, God needed me in order to succeed." It never occurred to me that the God of the Universe didn't need me to accomplish his purpose. He invites me to be part of what he is doing and he longs for me to accept. However, he doesn't need me and can easily replace me!

I wonder today if you need a fifth pillar. Perhaps all that you relied on isn't working for you anymore. Perhaps more than a program, you need a person. Perhaps you need someone who will take the time to care and will journey with you to change the world. If so, I pray God gives you an incredible gift in the form of a spiritual mentor. And I pray the world will be blessed by the best of your mentor and you! 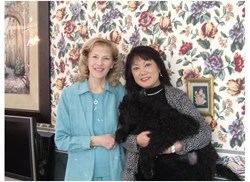 Adapted from The Best of My Mentor and Me. Copyright © 2013 by Anita Carman. Used by Permission.

Experiencing God|Grace|Mentoring|Relationships|Success
May19, 2014 at 8:00 AM

END_OF_DOCUMENT_TOKEN_TO_BE_REPLACED

Women of the Bible
END_OF_DOCUMENT_TOKEN_TO_BE_REPLACED