Though the world tells us we don’t matter or that we’re less-than, God clearly says otherwise.
Read as Single PagePage 1 of 2 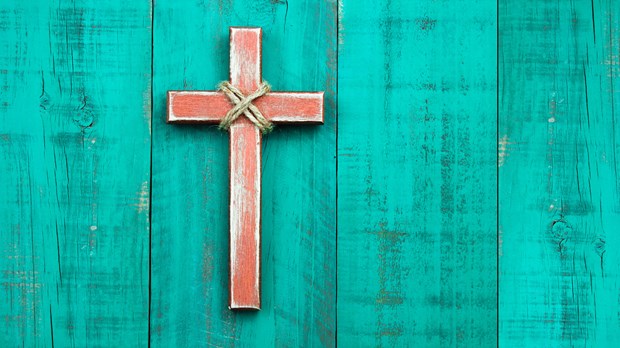 The Easter story makes me laugh. Namely because it’s so relatable to women leaders in the church. Consider the scene at dawn on Easter morning. All four Gospels record the story, yet there are some differences. Did you know, for instance, that each Gospel lists different women discovering the empty tomb?

Matthew lists Mary Magdalene and “the other Mary.” Mark’s account is similar: Mary Magdalene, Mary the mother of James, and Salome—another woman. Luke simplifies the story simply stating “the women” went to the tomb. He later explains that Mary Magdalene, Mary the mother of James, Joanna, and several other women told the apostles about what had happened. Yet John notes only Mary Magdalene. Perhaps she was the most important to mention, or perhaps she was the only one they could all agree was truly there. Humorously, it seems the writers couldn’t get their stories straight about which women were at the empty tomb—just that it was definitely some women.

This makes me chuckle.

At the same time, I can imagine the confusion they must have experienced. The 11 disciples had sat under Jesus’ teaching day in and day out. And then he died a gruesome death right in front of them. What kingdom had he ushered in? What peace had he brought to the land? And how were they supposed to spread the teachings of a dead man when they feared for their own lives? What in the world were they going to do?

Into this confusion enter some women disciples, and they explain that Jesus’ body is gone. Great. How are we going to explain this? The officials will come after us thinking we’ve taken the body!

Worse yet, a woman’s word was next to useless in their culture. It wasn’t good for the credibility of the movement that the first witnesses were women. Andreas J. Köstenberger and Justin Taylor write about this reality in a classic Christianity Todayarticle:

In the first century, women were not even eligible to testify in a Jewish court of law. Josephus said that even the witness of multiple women was not acceptable "because of the levity and boldness of their sex." Celsus, the second-century critic of Christianity, mocked the idea of Mary Magdalene as an alleged resurrection witness, referring to her as a "hysterical female . . . deluded by . . . sorcery."

END_OF_DOCUMENT_TOKEN_TO_BE_REPLACED

Are You Living Your Calling?
END_OF_DOCUMENT_TOKEN_TO_BE_REPLACED