Imagining the Next Generation of Women in Leadership 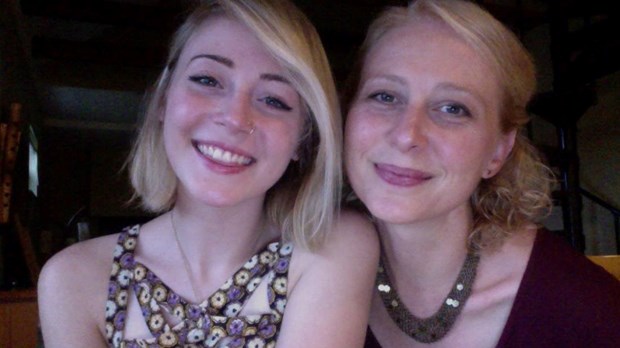 I’m purposeful in how I develop my staff members as leaders. I tell them what I see in them, put them in new situations which stretch them, sit with them regularly to ask, “How do you need to vent, process, or pray with me?” And, as uncomfortable as it makes me, I let them see my own struggles so they’re not surprised when leadership is hard. Without even meaning to, I’ve been doing the same thing in my family with this leader who has been growing up right under my roof.

It’s been fascinating to raise a very smart and gifted daughter while I’m figuring out how to lead as a woman myself. This year, as my beautiful girl, Zoë, completed her first year of Bible college (interestingly, at the same college I attended), I had an opportunity to watch her blossom. So much has changed—in me and in the world—since I was a student. I wondered what it has been like for her to watch me step into my calling and how it shaped her own sense of call. So we sat down at a local cafe for a chat:

Mandy: I think you were around nine when I first became a pastor. Do you remember much about it?

Zoë: I remember being surprised because I didn’t know you wanted to do that. I just saw you as my mom.

Do you remember times when I had a hard time figuring out how to lead or preach?

Yes, I remember times you told me someone had criticized you in a blog. To me it almost felt like you were two different people: my mom who is this ethereal, super-human who is there for me, and then this other person who was having all these struggles and vulnerabilities. I remember separating that in my brain because it’s weird to know that people have a problem with your mom. I didn’t like that was hurting you, but I didn’t feel personally affected by it. At some point early in your role as lead pastor there were a few months when you had really low energy a lot of the time and it wasn’t until later that I realized it was part of that.

Yes, it was a very steep learning curve in the early days of my ministry. And sometimes it doesn’t feel like it’s leveled off much! Maybe I’m just getting used to the discomfort of always learning. Do you remember when you first started feeling called to ministry?

Yes, it was very sudden. I knew I wanted to do something that would bring change, but didn’t know what that entailed. I was at a Christ in Youth conference where they were talking about kingdom work. They invited those who felt called to vocational ministry to talk to their leaders, and when I did my youth pastor said he’d been praying about that for me for a long time and that he’d always seen me in ministry. I wrestled with that for a long time. But not because I’m a woman, more because I didn’t really want to be a pastor because that sounds hard and not something I’m good at. At that point I thought maybe it would be worship ministry and I guess it could be. But there was no question about whether ministry was possible or allowed as a woman.

Imagining the Next Generation of Women in Leadership