Preachers carry on a tradition Mary exemplified.
Read as Single PagePage 1 of 3 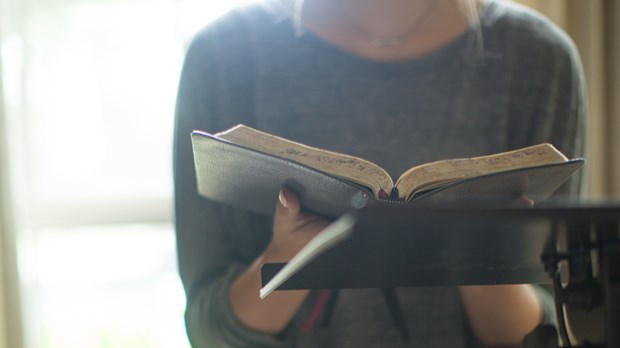 I was tired—the kind of tired that only a six-month pregnant mama can be, with a 3-year-old at home and a church to shepherd through the season of Advent to boot. I was grateful, of course, for the baby I was carrying, for the promise of new life after a long difficult season in our family. But I was tired, worn out by the juggling act of the preacher-mama: studying, preaching, leading worship, attending to my flock, and teaching while being a wife, raising a toddler, doing laundry, making supper, and keeping the house from total disarray. All that, plus the ever-increasingly difficult task of tying my shoes.

But I didn’t just feel tired; I felt defeated. That week, I had excitedly responded to a mass email from a leader in our denomination, inviting young clergy to be part of a mentoring group with a seasoned pastor. My excitement deflated when I received a brusque “dis-invitation” with the stark statement: This gathering is intended for male clergy only. When I inquired further as to why I was being excluded based on my gender, I was told that male clergy needed more guidance in navigating the delicate balance between home and church life, and thus women clergy would not be welcome.

As I read the doubled-down rejection, I felt my belly jump as my unborn son squirmed. I thought of my daughter who I had to pick up in a few minutes from preschool. I thought of the dinner I had hastily thrown in the crockpot that morning and hoped I had remembered to turn it on. I thought of multiple sermons I had to write for the remaining services in the Advent season, the parties to host for my board and staff, plus all the upcoming midwife appointments and routine tests squeezed in between.

Please tell me how male clergy need more guidance in navigating the delicate balance between home and church life.

My initial incredulous laughter gave way to annoyance. Okay, anger. Okay fine, blind rage. I could not imagine a more appropriate, timely topic for my pregnant, preaching self. And to have the door slammed in my face when I felt most vulnerable, most stretched to the max, metaphorically and literally was beyond the pale.

As my rage subsided, the truer, more deeply rooted, emotions bubbled to the surface like they always do. I no longer felt angry; I felt excluded and forgotten. I felt small and unseen, like I was on my own. I felt an inexplicable shame, like I had done something wrong that merited my marginalization. Above all, I felt like I had been measured and found wanting, undeserving of the investment of a pastoral mentor. I simply wasn’t worth the time.