Change your perspective, and criticism can actually propel you forward in God’s mission.
Read as Single PagePage 1 of 3 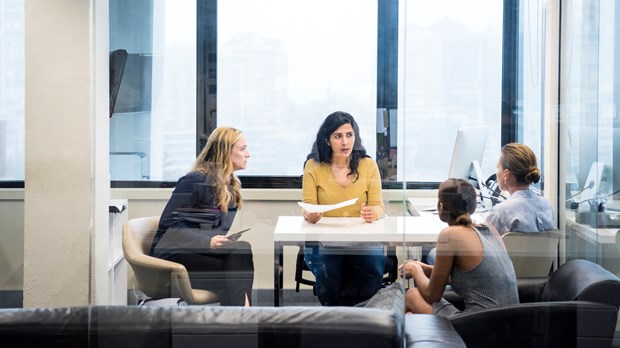 The higher we rise in leadership, the more we can expect there will be someone with a contrary opinion to criticize us. These opinions may come from a place of genuine concern, jealousy, or, most often, simply a different perspective. Sometimes it’s hard to know the motivation from which a criticism originates, but the end result looks the same: “I wouldn’t have done it that way!” Are you frustrated by someone who has applied a subjective or questionable standard to label you as out of line? What if this someone has authority over you and their subjective opinion becomes the standard when your advancement is concerned?

I remember walking into the executive office of a major corporation during one of my first assignments as a management consultant, bubbling over with new ideas. After my presentation, the head of the corporation looked me straight in the eyes and said, “If you wish to be taken seriously, you need to learn to breathe and not act like a bulldozer in a china shop.” Needless to say, I was taken aback. Not only had he declined to give any feedback on the substance of my ideas or the value of my presentation, he had directed a personal criticism toward me suggesting that I couldn’t be taken seriously. I was angry, hurt, and confused all at the same time. Surely, I thought to myself, he must have a problem with women in leadership. How unprofessional to make it personal and not even comment on the substance of the ideas that I presented!

As is often the case when we receive criticism, I didn’t know the true intention behind his words. Was he trying to help me? Deliberately hurt me? Maybe he was just expressing his frustration with my actual presentation, or maybe he was expressing his frustration with me and my personal style. It was impossible to know, yet I spent a lot of emotional energy trying to figure it out, often attributing the worst possible motives to him, which in turn just made me angrier. The whole process was a waste of time and energy and didn’t serve to better me in any way. As I gained more experience as a management consultant, though, and was inevitably exposed to more and more criticism from various sources, I learned that criticism could actually be my friend, serving to strengthen me and my work.

Use Criticism for Your Benefit

One of the tools that helped me see this was something my old company called "The Murder Board." This was a process that my company used that allowed peers and supervisors to kill your idea for the purpose of helping you think through its weaknesses. No one viewed criticism as negative but as an avenue to polish our ideas in order to present it in the best way possible to a client. Criticism was helpful to our work, not a personal attack on our character. It didn’t matter whether the giver of the criticism intended for it to be constructive or not. With each criticism, the receiver would view it through the lens of improvement. Taking it personally simply wasn’t an option.

END_OF_DOCUMENT_TOKEN_TO_BE_REPLACED

Women Leaders in the Bible
END_OF_DOCUMENT_TOKEN_TO_BE_REPLACED