Since the Supreme Court’s Webster decision opened the way for states to regulate abortion, politicians ranging from the White House to state and local levels have been forced to deal head-on with abortion. And in the face of strong lobbying from prochoice activists, many politicians are questioning the political expediency of a prolife position.

The results of two high-profile gubernatorial campaigns last fall have added fuel to the fire as many political pundits attributed GOP candidates’ losses to their stands on abortion. In Virginia, Democrat Doug Wilder campaigned on an aggressive prochoice strategy, while his prolife opponent, Marshall Coleman, tried to avoid the issue. In New Jersey, Republican Jim Courter, a longtime prolifer in Congress, announced he would not seek to change the state’s permissive abortion laws.

In the wake of the losses by prolife candidates, a spate of politicians have followed Courter in backtracking on the abortion issue, including three Democrats with gubernatorial aspirations:

• Ohio Attorney General Anthony Celebrezze, who sported a strong prolife record, announced last month he supports a woman’s right to abortion up to the point of viability of the fetus.

• Illinois Attorney General Neil Hartigan announced in July he was prochoice, despite a prolife record. Hartigan angered prolife forces last fall by settling a case regarding the regulation of abortion clinics prior to its hearing by the U.S. Supreme Court (see “Justices Consider Abortion, Right-to-Die Cases,” p. 55).

In addition, the National Right to Life Committee (NRLC) reports that more than 25 members ... 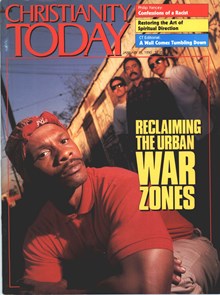 This article is from the January 15, 1990 print issue. Subscribe to continue reading.