Focus on the Family eliminates jobs, American Bible Society president chosen, and other transitions.
December 9, 2008
This article is from the January 2009 issue. Subscribers can read all of CT's digital archives.

Hired • Mark Bright, as president and CEO of Word Entertainment, based in Nashville. Bright is a veteran record producer for platinum-selling country and CCM artists, and previously served as vice president of EMI Music Publishing.

Eliminated • 202 jobs at Focus on the Family. Citing a weak economy and cash-strapped donors, the Colorado Springs-based nonprofit announced 149 layoffs and cut 53 vacant positions in its 1,150-member local workforce this November. Donations set a record high in fiscal 2008, but Focus anticipated a bleak holiday giving season.

Promoted • R. Lamar Vest, as president of the American Bible Society. Vest, currently executive vice president of ABS's Global Scripture Ministries, replaces Paul Irwin, who was placed on leave after The New York Times revealed Irwin had paid $5 million to a website consultant with ties to pornography and gambling. 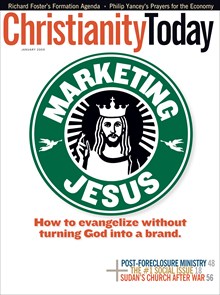