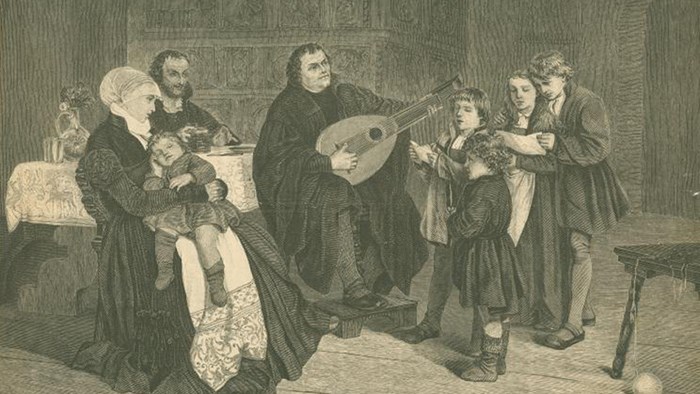 Image: The Miriam and Ira D. Wallach Division of Art, Prints and Photographs/The New York Public Library
Current Issue
January/February 2020Subscribe
Read This Issue
Subscribe to Christianity Today and get instant access to past issues of Christian History!
Follow @ctmagazine
Free Newsletters
Get the best from CT editors, delivered straight to your inbox!

At birth, Martin Luther’s name was Martin Luder. He later changed it to the more academically respectable Luther.

Luther had probably eight siblings, yet only one of Luther’s brothers (Jacob) and only three of his sisters survived to adulthood.

As a schoolboy, Luther preferred music to any other subject, and he became proficient at playing the lute. He gave away his lute when he entered the monastic cloister at age 21.

Before he became a friar, Luther was well on his way to becoming a lawyer. He had earned both his bachelor’s and master’s degrees in the shortest time possible.

While walking back to law school in 1505, Luther encountered a frightening thunderstorm. During the storm he cried out in fear, “Help me, St. Anna! I will become a monk.” He kept his vow.

Early on as a reformer, Luther publicly concluded that penance (the church sacrament involving confession of sin) wasn’t a sacrament at all. Yet he continued to daily confess his sins to another person for most of his life.

Luther once said he had not even seen a Bible until he was 20 years old.

Luther translated Erasmus’s Greek New Testament into German at the headlong rate of more than 1,500 words per day.

Luther publicly criticized the abuse of indulgences more than three years before he published his 95 Theses on the topic.

After 1521, Luther spent the rest of his life as an outlaw.

Luther once supervised 10 monasteries. As a district vicar, he held administrative authority for 10 Augustinian monasteries in Thuringia and Saxony.

When Luther became a priest and celebrated his ...

James M. Kittelson
Next Article
From the Editor: Dwarfed By a Giant

Martin Luther's Early Years: Did You Know?
Hide This

This article is from Issue 34 of the Christian History archive.