In Washington, cherry blossoms are in bloom. Love for political leaders, however, is not. A majority of Americans do not approve of how President Obama is handling critical issues such as the situation in Libya or the deficit, according to the April political poll by the Pew Research Center for the People and the Press. The poll suggests that Americans also are pleased with leaders in Congress. 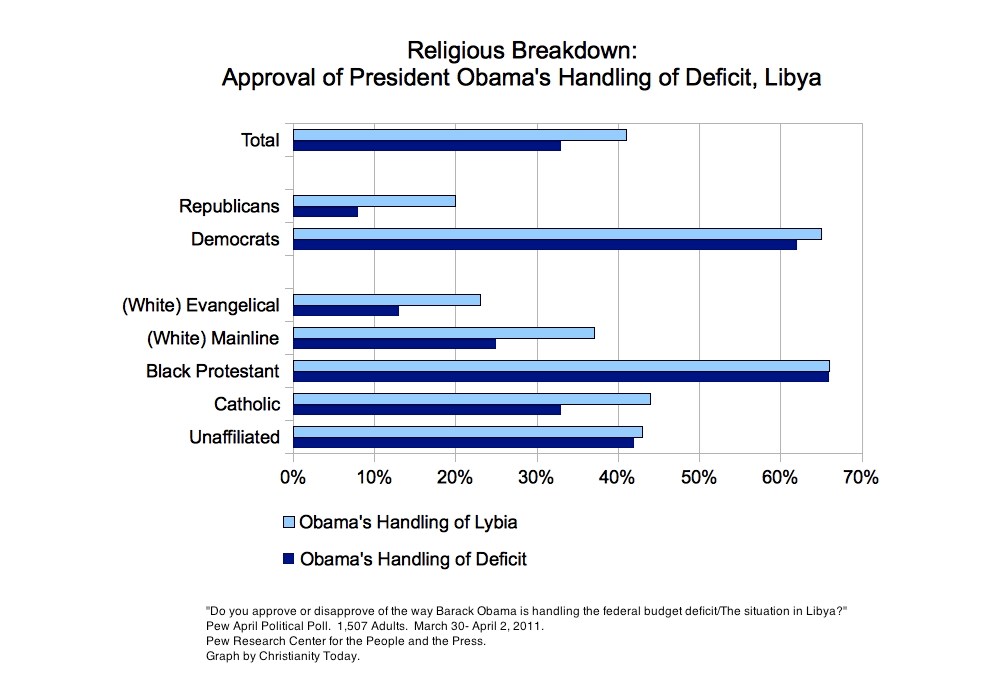 Majority of Americans, Evangelicals Disapprove of ...