Take Delight in Your Passions

The story of Juana Ines de la Cruz reminds us that God instills passions within us that he can use for his glory.
Read as Single PagePage 1 of 3 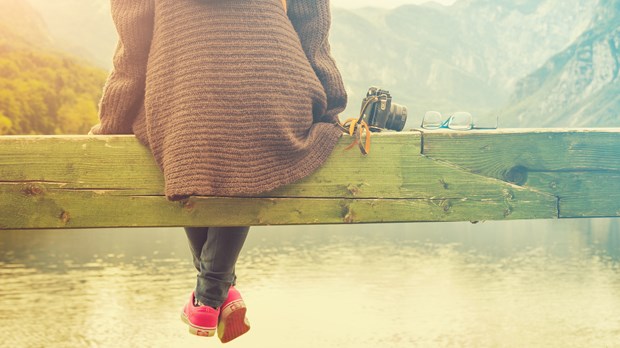 My Bible teachers never read us the tale of Juana Ines de la Cruz, the feisty Mexican girl with one sustaining passion: knowledge. At three, Juana persuaded her older sister to teach her to read and write. By six, Juana had heard that in Mexico City there was a college where they studied the sciences, prompting Juana to hatch a plan. “I began to slay my poor mother with insistent and annoying pleas, begging her to dress me in men’s clothes,” she writes, “so that I could enter the University and study.”

In the meantime, Juana devoured the books she found in her grandfather’s library: literature, science, philosophy, theology, languages. She developed some quirky habits. “I would abstain from eating cheese because I heard tell that it made people stupid,” Juana reports, “and the desire to learn was stronger for me than the desire to eat.” Whenever she was dissatisfied with her mastery of a certain subject, she’d cut off her hair to punish her own dull-wittedness. A head that was bare of facts should also be bare of glossy curls.

Given her astounding intellectual discipline and drive, Juana’s future as an academic was surely guaranteed. Ah, but wait. The era was seventeenth-century Mexico. The authorities were male, traditional, Catholic, Spanish colonialists. And the young scholar? She was the daughter of unwed parents, a Spanish military officer and a Mexican-born mother, a nobody from the town of Nepantla, Aztec for “land in the middle.” As an illegitimate child, Juana’s birth was not even recorded in the church registry. Her very existence was off the books—but not for long.

This girl of the Land of the Middle knew exactly who she was and what she wanted. She also remained a faithful daughter of the church all of her life. Did she wonder if God would demand that she give up her scholarly aspirations? Was she ready to demonstrate her true faith through acts of submission, all in the name of obedience, piety, propriety?

An Insatiable Thirst for Knowledge

Once Juana finished off her grandfather’s entire bibliotheca, the next thing our preteen prodigy had to do was get herself out of Nepantla and find a way to Mexico City, center of her universe. At thirteen she was presented as a lady-in-waiting to the court of the viceroy and vicereine, the sovereigns of Spain who ruled the New World colony. The royal purple happened to love literature, a lucky break for the new maiden who knew that flattery will get you everywhere. Juana composed a series of romantic poems that starred the vicereine herself, a promising start to her literary career.

Take Delight in Your Passions

END_OF_DOCUMENT_TOKEN_TO_BE_REPLACED

Women of the Bible
END_OF_DOCUMENT_TOKEN_TO_BE_REPLACED